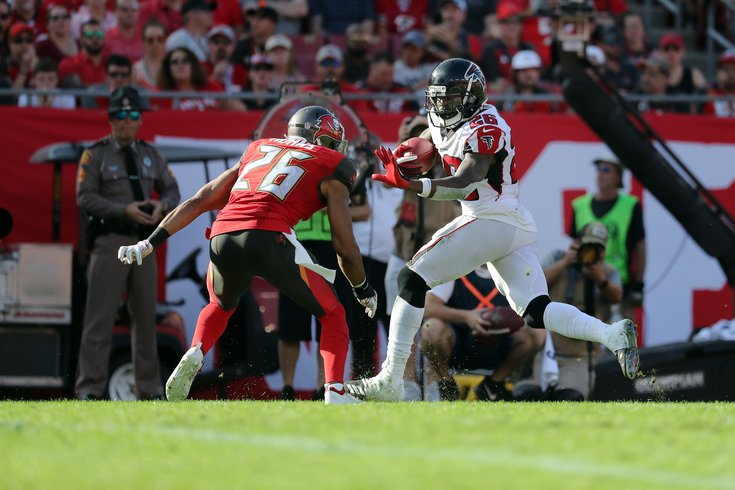 The Philadelphia Eagles finally did something in 2021 free agency. According to Zach Berman of The Athletic, they will be signing safety Andrew Adams, formerly of the New York Giants and the Tampa Bay Buccaneers.

The Eagles are planning on signing S Andrew Adams.

Adams, 28, won a Super Bowl with Tampa Bay last season. He has 32 starts in five seasons with the Giants and Bucs.

Blockbuster! Adams was originally an undrafted free agent of the Giants out of UConn, who eventually landed with the Bucs and went along for the ride on their Super Bowl run. He also spent a training camp with the Detroit Lions in 2019.

Over his five year career, Adams has played in 73 games, with 32 starts. His career numbers:

That INT in 2016 came against Carson Wentz:

With Jalen Mills having departed for New England to play for the Patriots, and Rodney McLeod likely to start the season on the PUP list, the Eagles need safeties, and, well, Adams is a safety. ¯\_(ツ)_/¯