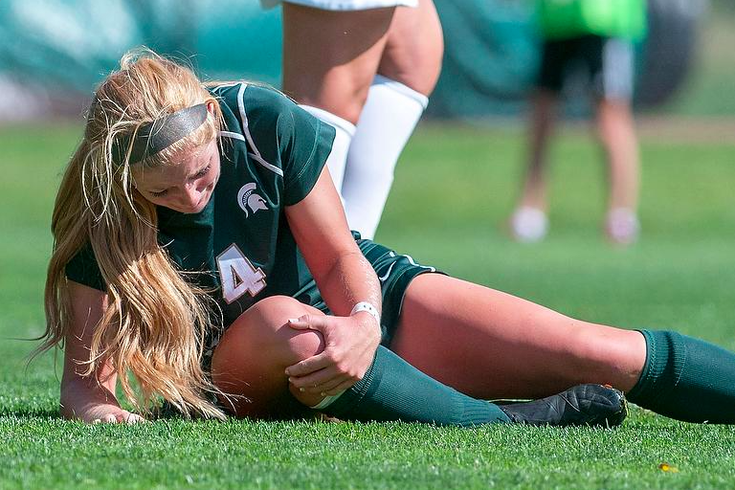 Females are at an increased risk for ACL injuries.

Knee injuries plague athletes at all levels. From dislocations to torn ACLs,  these injuries can be costly, as repairing damaged cartilage can require surgery.

Orthopedics researchers at the University of Iowa are working on a gel treatment for repairing cartilage and preventing osteoarthritis, Medical News Today reports.

"We are creating an [injectable, bioactive] hydrogel that can repair cartilage damage, regenerate stronger cartilage, and hopefully delay or eliminate the development of osteoarthritis and eliminate the need for total knee replacement," Yin Yu, a graduate student and author of the study, told Medical News Today.

James Martin, Ph.D., an assistant professor of orthopedics and rehabilitation, and his team had already identified cells within normal cartilage that are able to mature into new cartilage tissue. This discovery challenged the long-held assumption that cartilage cannot repair itself.

The team also identified molecular signaling factors that attract these precursor cells, known as chondrogenic progenitor cells (CPC), out of the surrounding healthy tissue into the damaged area and cause them to develop into new, normal cartilage. One of the signals, called stromal cell-derived factor 1 (SDF1), acts like a homing beacon for the precursor cells.

In an experimental model of cartilage injury, Yu loaded the custom-made hydrogel with SDF1 and injected it into holes punched into the model cartilage. The precursor cells migrated toward the SDF1 signal and filled in the injury site. Subsequent application of a growth factor caused the cells to mature into normal cartilage that repaired the injury.

"Our approach aims to leverage the body's own capacity for repair, and what we've shown is that cartilage does have regenerative potential; you just have to manipulate it just right," Yu told Medical News Today.