After John Sterling got caught in floodwaters, the play-by-play man sprung into action 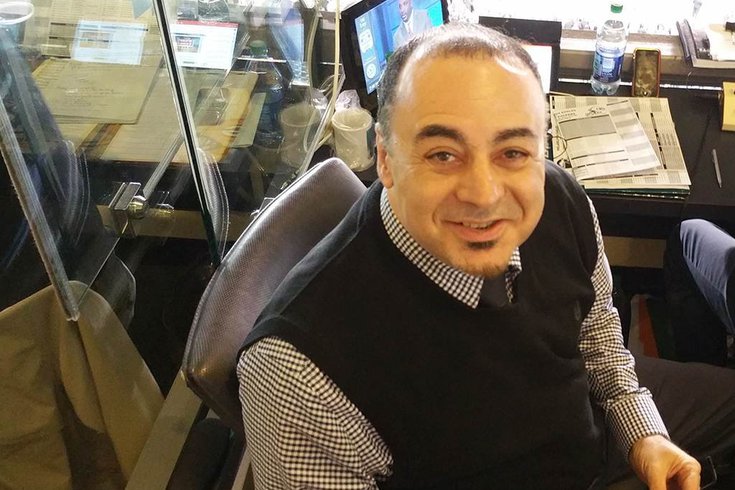 Rickie Ricardo, the Eagles' Spanish radio broadcaster, might have a career in emergency rescues after saving Yankees play-by-play announcer John Sterling during the flooding caused by the remnants of Hurricane Ida on Wednesday night.

Rickie Ricardo to the rescue.

The Eagles' Spanish radio broadcaster turned into a first responder Wednesday night as he rescued iconic Yankees radio play-by-play announcer John Sterling from his car in North Jersey as the remnants of Hurricane Ida brought heavy rainfall and widespread flooding throughout the Northeast.

Ricardo, who also serves as the play-by-play voice for the Yankees' Spanish radio broadcasts, was at Yankee Stadium calling the team's game against the Angels. The game took place in Anaheim, but none of the Yankees' broadcast teams have traveled to road games this season due to the COVID-19 pandemic.

After calling the game, Ricardo began driving back to his North Jersey home, which wasn't easy due to the extent of the flooding in New York City.

As he reached the George Washington Bridge, he received a phone call fromSuzyn Waldman, Sterling's longtime radio partner. Sterling and Waldman had left Yankee Stadium shortly after the game ended, but Ricardo had stayed to complete the Spanish broadcast's postgame show.

Waldman told Ricardo that Sterling was stuck in his car with flood waters rising in Edgewater, Bergen County. That's when he sprung into action.

"I said I'll figure out where [Sterling's] at and I'll see what I can do," Ricardo told WFAN in New York City during an interview Thursday.

After crossing the George Washington Bridge, Ricardo called Sterling. It took him several attempts to get through because cell service had been disrupted by the storm.

Sterling struggled to describe his specific location due to the darkness and the floodwaters overwhelming his car, Ricardo said. So Ricardo stayed on the line and kept driving toward the general location where he thought Sterling may be.

"So I finally get down to where [Sterling's] at and there's a marina there in Edgewater and it's an intersection where literally there are at least 25 cars stranded," said Ricardo, who also is a talk show host on 94WIP.

Ricardo pulled up to the scene with his lights flashing and managed to get behind Sterling's car, which was stuck and filled with water. Ricardo got out of his car and rescued Sterling from his flooded vehicle.

Broke the story with @MandMWFAN today. Thank God we’re all ok. My Jeep is the real hero of the evening https://t.co/XhOv9GQl59

A baseball broadcasting legend is now safe and okay thanks to Ricardo's heroism.