Burton, who played the trainer of both Apollo Creed and Rocky, was unable to see 'Creed' due to illness 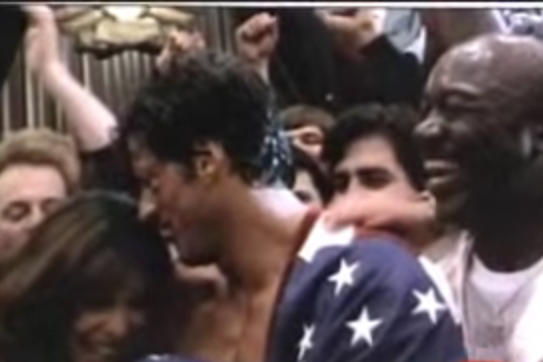 Tony Burton, an actor who starred in the first six installments of the "Rocky" franchise, has died.

"Rocky" star Tony Burton, who performed as Duke Evers, trainer to Apollo Creed and the Italian Stallion in the movie franchise, has died.

Burton was 78 and had been battling an undiagnosed illness for the past year, TMZ reports. He died at his California home.

TMZ also reported that Burton was unable to see "Creed" on the big screen due to his illness. 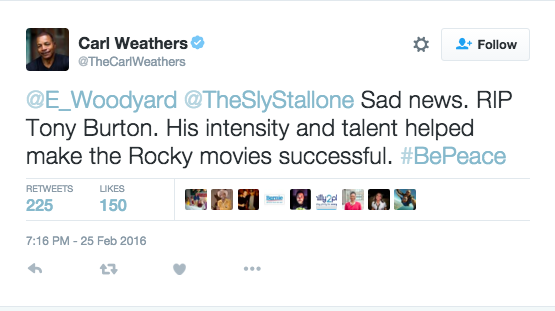 Burton appeared in six of the "Rocky" films as well as "The Shining" and "Stir Crazy." Prior to acting he was a professional boxer and football player.