Alston Willis and Danny D'Agastino were not students at the school, but both have been banned from its campus 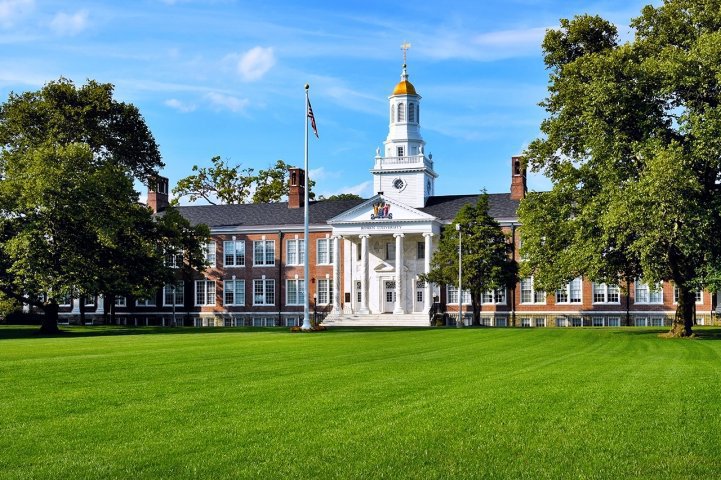 Alston Willis, 19, and Danny D'Agastino, 20, were charged this week after a female student at Rowan University found a racial slur written on her dorm room door. Neither of the men were students at the Gloucester County college.

Two South Jersey men are facing charges after a racial slur was found written on a student dorm at Rowan University in Glassboro this week, University President Ali A. Houshmand said Thursday.

Alston Willis, 19, of Wenonah, Gloucester County, has been charged with writing the slur "with purpose to harass ... in a manner likely to cause annoyance or alarm," according to a complaint filed in Glassboro Municipal Court. Willis allegedly wrote a slur on a piece of paper and posted it to a student's door.

Another visitor who witnessed the incident, Danny D'Agastino, 20, of Deptford, was charged with trespassing by Rowan's Department of Public Safety. Neither men are students at the university, and both have been permanently banned from the campus, Houshmand said in a letter to the university community.

Rowan University Police, in conjunction with the New Jersey Attorney General's Bias Crime Unit, are still searching for a third suspect they believe was involved in the incident. The student on campus who brought the individuals to the school will also be held accountable.

"This reprehensible incident should serve as a reminder that students are responsible for their guests and for each other," Houshmand said. "We are committed to Rowan being a place where students feel comfortable, a home away from home. Be mindful of your guests' actions and be cautious about opening doors to your residence hall for people you don't know. Remember that what they do reflects on you and your community."

The slur was first discovered on Sunday, Sept. 11 when a female student walked outside of her room to find the slur written over her door decorations. She took the decorations down and found the slur again, this time scrawled directly onto her door, according to Rowan's campus newspaper The Whit.

Chi W., the older sister of the victim, took to Instagram this week to express her rage at Rowan for its initial treatment of the situation. Her sister, a freshman at the university, had recently moved into the dorm before the incident occurred. She also expressed disappointment in the school for repeated incidents against students of color.

"It's deeply troubling whenever one of our own faces an ugly, racist act on campus," Houshmand said. "It goes against everything we are striving for here at Rowan and it will not be tolerated."

Last fall, Black students took part in a "Black Lives Matter" rally to protest racial discrimination on campus. Students described their experiences with racial intimidation and ways in which the school's leadership responded to their reports.

One student, Jazmine Jones, reported her experience with a white student to university officials. She was interviewed several times, along with her father, before the school determined it did not need to pursue an investigation, WHYY reported.

Jones said that the incident pushed her to become more active on campus. She became the president of Rowan's chapter of the NAACP. Terrence Jones, Jones' father and the founder of a criminal justice nonprofit, said that the interviews with school officials were traumatizing for his daughter and he eventually put a stop to them.

At the time, a spokesperson for the university said that the school's reporting process has improved following Jones' incident, though the university declined to directly speak on it.

For Rowan University students who are feeling uncomfortable after the incident, the college has implemented additional mental and emotional health resources. Students are also encouraged to report incidents of harassment and discrimination to campus officials.