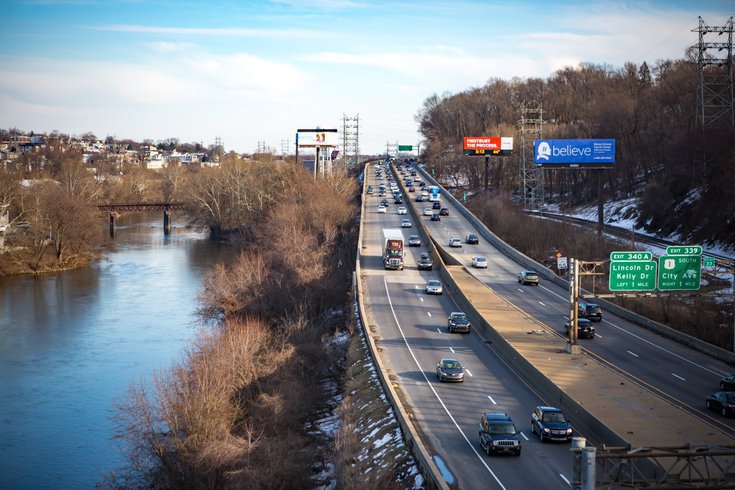 The westbound lanes of the Schuylkill Expressway could see significant delays this summer as PennDOT completes a sinkhole repair project on the highway near King of Prussia.

Motorists along the westbound lanes of Interstate 76 should brace for delays or seek alternate travel routes over the next several months, as PennDOT embarks on a sinkhole repair project in Montgomery County.

The transportation agency began work Tuesday on the westbound Interstate 76 collector/distributor ramp to U.S. Route 202 and U.S. Route 422 in Upper Merion Township, reducing traffic to a single lane for a period expected to last until early October. 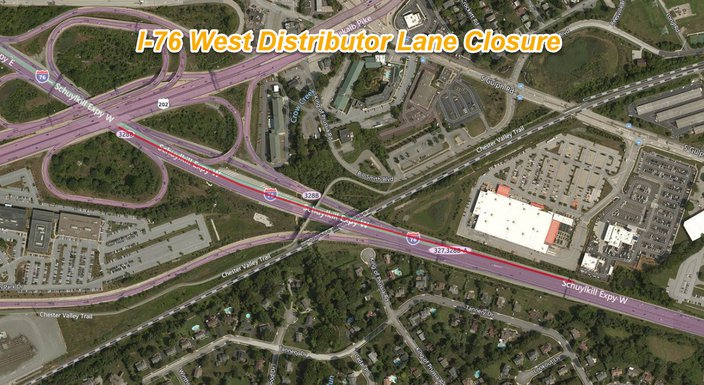 Source/PennDOT
The distributor road is where drivers exit the Schuylkill Expressway onto either U.S. 202 or U.S. 422. The 24-hour closure means traffic is likely to become a bigger problem on an already busy stretch.


"During the long-term lane closure on the westbound I-76 collector/distributor ramp, access to all interchanges will remain open to traffic, however, drivers are advised to use alternate routes or allow extra time when traveling through the work area because significant backups and delays will occur," PennDOT said in a news release.

About midway through the project, crews will switch temporary barriers and line striping to shift their work to the right lane until the job is completed.

The sinkhole along the distributor road opened up in April, causing major traffic in the area. The road surface has since been repaved, but PennDOT says additional work is needed to ensure the long-term stability of the highway.

The 14-mile span between Philadelphia and King of Prussia serves more than 130,000 vehicles a day, meaning a four-month slowdown during a busy travel season should be factored into motorists' plans for the foreseeable future.