There's a pitch for a 'Seinfeld' video game 'about nothing' 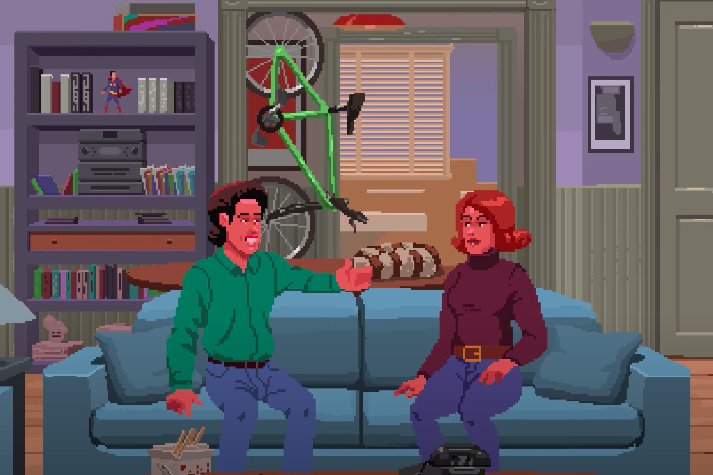 Game developer Jacob Janerka and animator Ivan Dixon launched an unofficial pitch for a 'Seinfeld' adventure video game. Users will be able to play as Jerry, Elaine or George, but not Kramer — he's the 'wild card.'

Have you ever thought, "Gee, 'Seinfeld' is great. If only there was a way I could participate in the absolute and hilarious nothingness that is this show further?" Well, two geniuses want to turn that into a reality … a virtual reality, that is.

The point-and-click adventure game would give you the ability "to be a terrible person with no consequences," according to the trailer. You can also "experience for yourself what it's like to be a lovable compulsive liar."

Users will have the option to play as either Jerry, George or Elaine. You can't play as Kramer because he's the "wild card" of the game. He influences the narrative but cannot be controlled.

The game will feature new stories unseen on the show, but it plans to maintain the theme and tone of the show. The game will be 30 minutes in length and broken up into three acts. "In each act, you will assume the role of Jerry, George or Elaine as their stories interweave and overlap with one another, just like the show," the creators mention in the unofficial pitch.

So, why is their pitch unofficial? You see, in order for Janerka and Dixon to obtain licensing rights to even make the game, they have to show there's a demand for this kind of product on the market. They figure by pitching it to the internet they can gather fans, which could "provide a better chance of this becoming a thing rather than us just sending a cold email," they said. We can only hope.

Watch the full trailer below and visit their website for more information.