First-grader with cerebral palsy is training with his canine friend 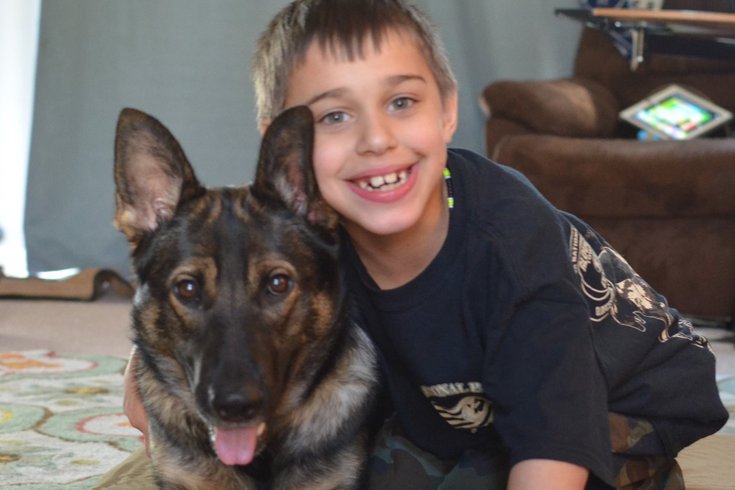 7-year-old Shane Popiny, pictured here with his service dog Joei, dreams of being a K-9 police officer one day.

No matter how steep the climb or long the road, 7-year-old Shane Popiny will keep going — with his family and his most loyal companion at his side.

The Lansdale first-grader, who has cerebral palsy and autism, plans to run a triathlon this Saturday with the help of his parents and his service dog Joei, a female German shepherd.

Joei can sense if Shane is having a seizure, which can happen if his body overheats, and also serves as a calming presence.

When Shane received his diagnosis, his parents were unsure if he was ever going to be able to walk or talk. Right now, he's planning to swim, run and bike at the competition.

To help him walk, he needs Botox shots every six months at the Children's Hospital of Philadelphia, as well as physical therapy multiple times a week.

The little boy's dream is to be a police officer like his dad — specifically, a K-9 officer. His mom, Colleen, announced on Shane's Facebook page that she wants to get "as many men and women in uniform" at the race as possible to help support him.

The race will take place at 9 a.m. Saturday at North Penn High School at 1340 S. Valley Forge Road in Lansdale.