Who is Doc Rivers? There's a Netflix documentary to answer that question 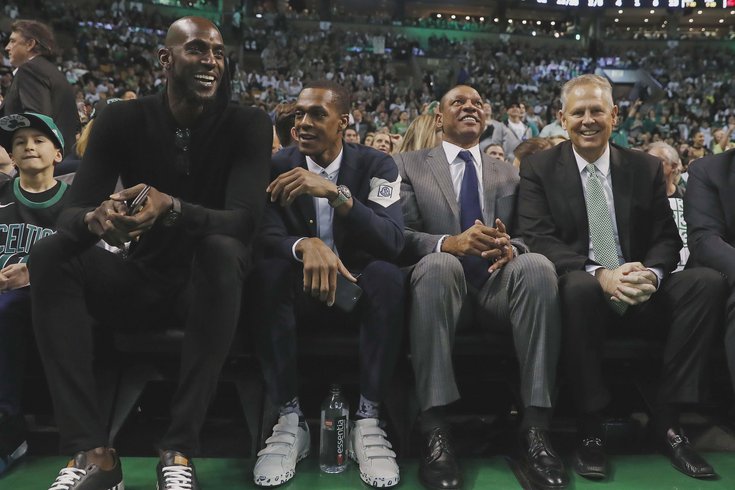 How does Doc rivers coach? There's a doc for that.

Technology is a weird and wonderful thing. With an amateur's grasp of Google, you can find a killer crockpot recipe and learn how to speak a second language in your spare time. So what if I told you Doc Rivers' philosophy on life and coaching was available to anybody with a Netflix subscription and 34 minutes of their time to spare?

The Playbook, a sports documentary series from the LeBron James-backed venture SpringHill Entertainment, features the incoming Sixers head coach in the show's very first episode. Released on September 22nd (how timely), it is a look back through Rivers' life and the moments and people who made him what he is. And right from the get-go, it shows the person most of us have already been told Rivers is from afar, with Rivers revealing the first thing he tells his teams before every season.

"I'm Doc Rivers, and I'm human, and I'm going to make mistakes," he says to the camera.

While acknowledging it is a documentary meant to cast a favorable light on a guy most people already like anyway, it is a nice window into what makes Rivers tick. There are even a few clues from Rivers that we might use to figure out how he's going to get through to the big personalities on Philly's roster.

Hint No. 1 — The messaging is not all going to come from Rivers

The rallying cry for the 2008 Boston Celtics has become famous over time: "Ubuntu." Roughly translated as, "I am because we are," the community-focused philosophy was passed on to Rivers by an unlikely source prior to that season. While sitting on the board of trustees at Marquette and discussing public safety plans, a security guard told Rivers his new big three in Boston would benefit from buying into the concept.

But it wasn't Rivers himself who introduced the concept to the guys who really needed to buy in. Instead of going to guys like Kevin Garnett, Paul Pierce, and Ray Allen to explain a concept that might sound a little hokey, Rivers approached his rookies first, telling them it was a lesson and assignment to take seriously. After they delivered it with, in his words, "passion, humor, and swag," the rest of the team was on board, and Garnett broke a huddle by yelling ubuntu on three. The rest is history.

A common goal in teaching, regardless of subject, is to make it feel less like a lesson and more like an act they're participating in. It's why most teachers worth their salt probably had you participate in some kind of game with a tie-in to the subjects you studied in school. It's also why group projects and peer study groups exist, despite how fruitless they feel when you're matched up with slackers.

Rivers will have a powerful voice in Philadelphia, and one he won't be afraid to use. But he won't have the only voice, and he knows from firsthand experience that his teaching only matters if a sense of collective accountability is created.

(In a funny twist, the depth of belief in ubuntu surrounded the Celtics at all times in 2008. Rivers says Tony Allen once accosted him on the team plane for eating a burger because he hadn't brought any for the rest of the group: "That's not ubuntu!")

Hint No. 2 — Rivers will appeal to their humanity first

If you've ever been in an arena before a game Doc Rivers is coaching, you'll come away surprised by how many people try to grab his ear for a moment. That's not just his current players or guys who used to play for his team — Rivers is the sort of man who even longtime foes respect and seek out to say hello and check-in.

A lot of that respect comes from Rivers guiding the Clippers through the Donald Sterling crisis, which takes center stage in the documentary. As he recalls the experience of trying to see the Clippers through that mess, Rivers tells a story he relayed to his locker room as they debated on how to respond and whether to play. He asks them to think about playing in the driveway or the backyard or the park as kids, simulating a buzzer-beating shot with crowd noise and announcers to boot. Never, he says, did Donald Sterling factor into that dream. Sitting out, he believed, would be letting Sterling win.

But it's later in the documentary when Rivers opens up about how he sees the profession. Early in his career, Rivers was advised not to get too close to his players because attachment sets you up for disappointment. Nonsense, he says.

"You get pleasure in watching young men grow up. You watch the mature, you watch them improve as players and as people, and you feel like you're part of that," Rivers says. "Your job is to make them better players, better people, better teammates. How to be tough, how to be compassionate, how to be a good winner, how to be a good loser if there's such a thing. It teaches you life. And I tell them, I'm not going to coach you to who you are. I'm going to coach you to who you should be someday."

Yes, there will be bouts of fire and brimstone, of laying down the law when is necessary. You don't win over competitors like Garnett with constant sunshine and rainbows. But if the lightbulb is going to go on for Ben Simmons and/or Joel Embiid, they need someone who is invested in helping them get there on and off the court. That's Rivers' M.O.

Hint No. 3 — He will embrace pressure and scrutiny

Are you ready for some Celtics talk? Prepare some eye bleach if it hurts you that badly.

Coaching the Celtics, as Rivers tells it, was a massive responsibility. Until the Lakers win this year's title, they are the franchise with the most banners in history, a fact you are reminded of whenever you step into the TD Garden. Every banner hanging in the rafters is for a title, not a conference championship or a division win. The arrival of Garnett and Allen in 2008 brought the expectation of adding to the 16 banners hanging in the rafters, rightfully so.

Rivers did not run from that. In fact, he did the opposite. With the help of some Celtics staffers, Rivers rigged a spotlight that would always stay on in the Celtics' facility, directing it at an empty spot where he believed the 17th banner might hang one day. He made it clear to his team, after Tony Allen discovered it after practice, that nothing else mattered that season.

It's not exactly a novel approach for the coach of a professional sports team — aim high and you'll find yourself amongst the stars, etc. — but it is a reminder that Rivers is not going to walk in and be blinded by expectations. The Sixers hired a big-league coach who has coached historic franchises and big-market teams, never backing away from the spotlight.

In spite of last year's catastrophic failure, the expectations and pressure are not going to subside in Philadelphia. This is a fanbase that was sold a dream of contending for a title dating back when the team was stripped down to the foundation and built from scratch. There have been multiple architects and misfires in the years since, but the demand remains the same.

While he wouldn't have known he'd be coaching the Sixers when the documentary was filmed, Rivers' belief is that pressure is something you invite, its arrival a sign that you've worked long and hard enough to have a shot at something meaningful. 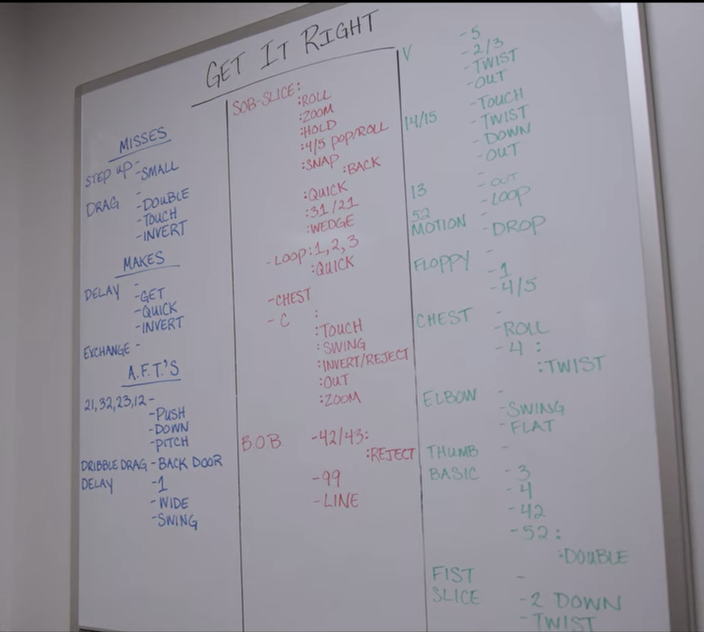 Not quite as revealing as the infamous Orlando Magic draft board, but now you're off to a flying start on Rivers terminology. A lot more straightforward to Brett Brown's colorful list of names, I'll say that.