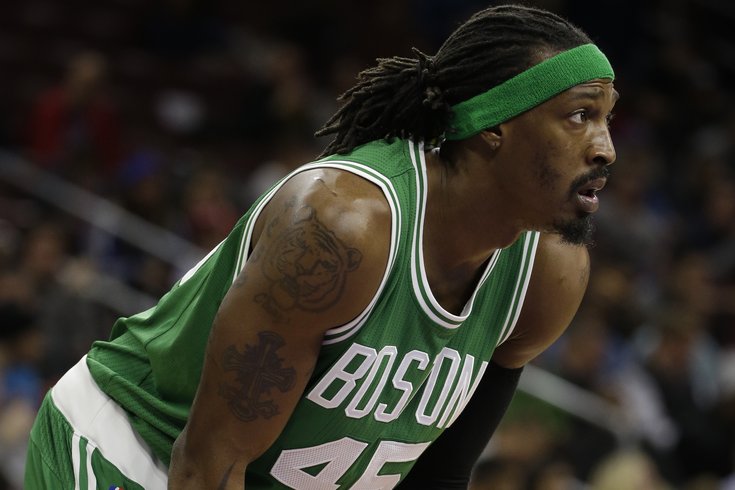 It may have been baseball's busiest transaction day of the year, but that didn't stop Sam Hinkie and the Sixers from making a deal, acquiring veteran forward Gerald Wallace from the Warriors for Jason Thompson.

We’ve made a trade with the @warriors, acquiring Gerald Wallace and a draft consideration. » http://t.co/Bfqgl04ctn pic.twitter.com/Nbq7ppKwpY

And according to Keith Pompey of The Inquirer, here are the "draft considerations" involved:

The Sixers will have the right to swap lesser of their first-round picks from #Miami and #OKC with #GoldenState's frist-round pick in 2016 .

Wallace has appeared in 832 career regular season and 33 career playoff games in his 14 NBA seasons since being drafted by the Sacramento Kings in the first round (25th overall) of the 2001 NBA Draft. For his career, he is averaging 12 points, six rebounds and two assists per game and was named an Eastern Conference All Star in 2010. He was also named to the NBA All-Defense First Team honors that season.

After spending seven seasons with the Hornets, where he really made a name for himself, Wallace has spent the last six seasons bouncing around the league. In fact, the Sixers will be his since 2011, when he was traded to Portland.

On July 27, Wallace went from Boston to Golden State in the David Lee deal. Now, he's a Sixer.

In Thompson, the Sixers are losing a guy they never actually had, so to speak. The 2008 first-round pick -- like Wallace, he was taken by the Kings -- came to the Sixers earlier this month as part of the deal that involved Nik Stauskas and Carl Landry.