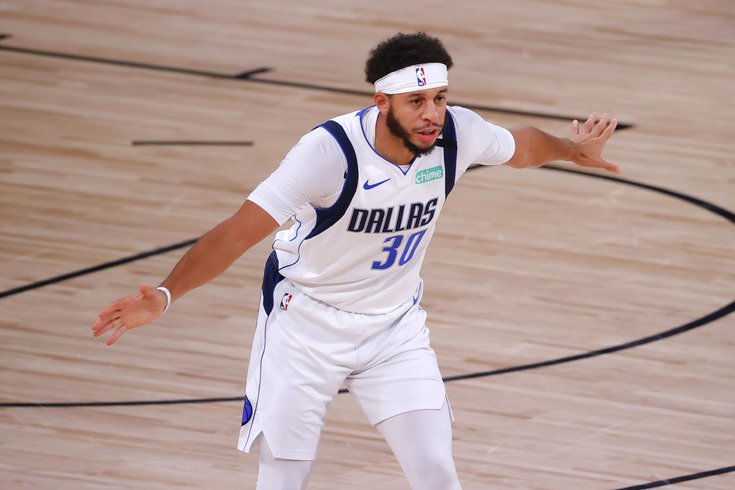 The Sixers traded for a veteran shooter Wednesday night.

The Sixers have agreed to trade Josh Richardson and the No. 36 pick in the draft to the Dallas Mavericks in exchange for Mavericks guard Seth Curry, a source confirmed to PhillyVoice on Wednesday evening. Shams Charania of The Athletic was the first to report the news.

Richardson, who came to Philadelphia by way of the Jimmy Butler sign-and-trade with Miami, arrived with moderate acclaim from the Heat. Known as a rugged defender who improved as an offensive player over time, Richardson was miscast as a lead offensive option during his final season in Miami and figured to slot into a secondary role in a loaded lineup.

That's not really how it worked out in practice, with Richardson having to take on additional playmaking (and even backup point) duties in order to balance out the lineup. While a good player in his own right (and one of their most consistent defenders), Richardson's season was marred by erratic stretches as a playmaker and soft-tissue injuries that slowed him down.

The player they're getting back is the younger, less prolific sibling of the greatest shooter of all-time, and he's quite the marksman in his own right. Curry has shot 44.3 percent from deep on almost four attempts per game since entering the league in 2013-14, and he is pretty easily the best shooter the Sixers have on the roster the moment he arrives, with due respect to Furkan Korkmaz, Tobias Harris, and the recently acquired Danny Green.

To underscore that point, Curry is up there with the absolute best catch-and-shoot players in the league. With the vast majority (3.3 out of 4.9 total attempts) of his looks coming out of catch-and-shoot attempts, Curry hit a scorching 48.1 percent of his shots last season, a number the Sixers have to be hoping he can match in Philadelphia. It's certainly not out of the question — he shot 49.7 percent on catch-and-shoot attempts in 2018-19.

It's easy to imagine Curry as the beneficiary of a lot of Ben Simmons drop-offs in transition, or Simmons drive-and-kicks, or as the strong-side outlet on a Joel Embiid post-up. If he does nothing else aside from knock down open shots created by their core duo, the Sixers will have gotten plenty of value out of this deal.

While Curry isn't anywhere close to Richardson as a defender, he brings value to Philadelphia in a different way — on the financial side. Curry is on a team-friendly deal through 2022-23, making around eight million dollars per season over the next three years. That is likely why the Sixers had to attach an extra pick in the deal to get it done despite Richardson probably being the better player in a vaccuum.

Another subplot — Curry is actually the son-in-law of new Sixers coach Doc Rivers, which either makes for a fun story or a lot of jokes depending on your perspective. At least this family member happens to fit like a glove in the team.

Daryl Morey's first day at the office leading the organization has been a busy one, and there has been a clear mandate from the top down to get better-fitting players around the Joel Embiid/Ben Simmons duo. Philadelphia's guard play and floor spacing are already vastly improved before they even take the floor, and you can bet there are more moves to come.