The state has the National Guard on standby to assist, if necessary 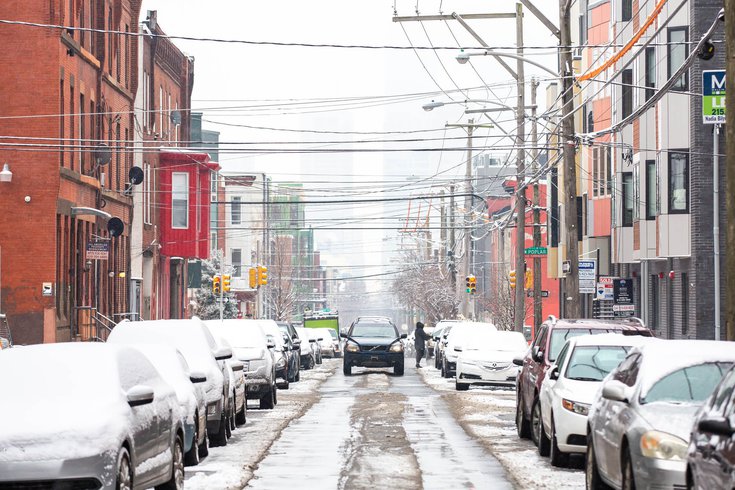 Gov. Tom Wolf said Pennsylvania is prepared to continue distribution of the COVID-19 vaccine without interruption during the snowstorm forecasted for Wednesday and Thursday. Philadelphia could get as much as 12 inches of snow, while predictions in other parts of the state are for upwards of 20 inches.

The distribution of Pfizer's COVID-19 vaccine will not be impacted by Wednesday's storm that could bury the eastern half of Pennsylvania in snow,  Gov. Tom Wolf assured Tuesday afternoon, during a briefing in Harrisburg by multiple state agencies and emergency responders.

"I want to reassure all Pennsylvanian's that the Commonwealth is prepared for this storm," Wolf said.

He added, "That task is particularly crucial this week and this year because this week the first doses of the COVID-19 vaccine are being distributed throughout the Commonwealth — that's happening as we speak. Our team is ready to work collaboratively to address any issues that arise with vaccine transport and distribution."

The easiest way to ensure things run smoothly, Wolf said, is to stay home. If residents avoid traveling, it will keep the roads clear for emergency responders and personnel distributing the COVID-19 vaccine, state officials said.

For the most up-to-date travel weather advisories, motorists should check 511PA before leaving home.

If necessary, a number of contingency plans could be enacted to get the vaccines where they need to go. The National Guard is already set to assist state agencies during the storm.

"We probably would not have to go to the extent of helicoptering vaccine in," Randy Padfield, PEMA director, said. "We'll be able to make very good, informed decisions on what the best course of action happens to be with dealing with any impediments we may come across tomorrow."

As of Tuesday afternoon, the routes and plans for vaccine distribution have not changed, but Wolf said everything could change depending on conditions of the storm or orders from Operation Warp Speed at the federal level.

The largest batch of the Pfizer vaccine is expected to arrive on Thursday, though state officials do not know at this time the specific number of doses that will be arriving each day.

"Literally, it is coming off of the production line and going through a quality assurance check. That's why there's a very short lead time on some of the information on quantities and where they are going," Padfield said. "It's been planned out, it's been in their master tracking system."

The first batches of the vaccine started arriving in every U.S. state on Monday, and 2.9 million more doses are expected to ship in the next few days.

Some of the vaccine has already made it to Pennsylvania, with the first shots being administered to health care workers at UPMC Children's Hospital of Pittsburgh and the Monongahela Valley Hospital. Eighty-five additional hospitals are scheduled to get their vaccines by Dec. 21.

Philadelphia is set to receive 13,650 vaccinations, and the rest of the state will get 97,500 doses within the next week.

A "safety stock" of doses have already been set aside in case of emergency to ensure that those who get the first shot also get the booster vaccination in time.

The snowstorm will begin Wednesday and continue into Thursday, according to the National Weather Service, which issued a winter storm warning for the Philadelphia area on Monday. The area forecasted to be impacted by the storm spans a large slice of the East Coast from Virginia to Massachusetts.