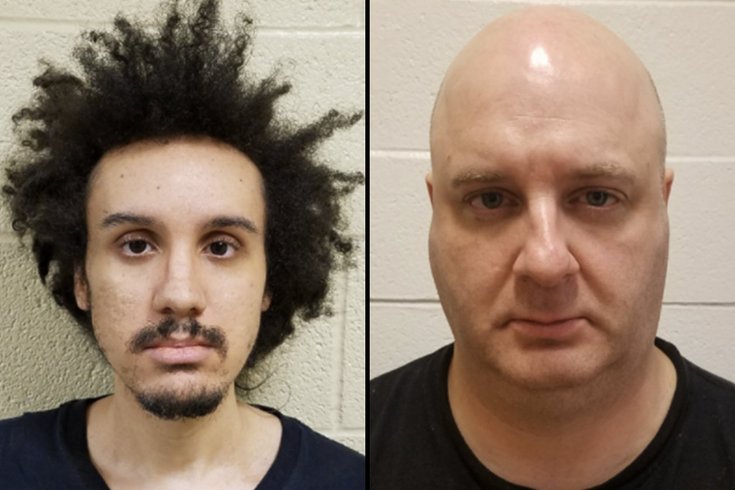 Craig Howell, 29, of Lindenwold, left, and Barnaby Hewsen, 42, of Pennsauken, were arrested and charged with one count of third-degree Possession of Child Pornography, according to authorities.

Craig Howell, 29, of Lindenwold, Camden County, was charged after detectives from the High Tech Crimes Unit of the Camden County Prosecutor’s Office went to his home last Thursday, according to authorities. Detectives seized numerous digital media devices from the home and discovered images of child pornography during an onsite inspection of Howell’s computer.

Multiple devices were seized for analysis by the prosecutor’s office.

Howell was charged with one third-degree count of Possession of Child Pornography, processed and released on a summons.

A day later, other Camden County man was charged with third-degree count of Possession of Child Pornography.

Barnaby Hewsen, 42, of Pennsauken, was arrested after detectives from the High Tech Crimes Unit of the prosecutor’s office executed a search warrant about 6 a.m. Friday at his home, according to officials. Detectives conducted an onsite inspection of his electronic devices and additional devices were removed for analysis.

Authorities did not specify what was found on Hewsen's devices.

Hewsen was sent to Camden County Correctional Facility on a warrant pending the pretrial detention hearing in accordance with the New Jersey Bail Reform. Under the recent Criminal Justice Reform rules, the court may order Hewsen to be detained without bail or released with conditions. The pretrial detention hearing is scheduled for Wednesday, June 7, 2017, before Superior Court Judge Gwendolyn Blue.

Complete analyses of the devices will determine final charges for Howell and Hewsen, authorities said.

Detectives from the prosecutor's office were assisted by members of Homeland Security Investigations – Cherry Hill Division, the Camden County Sheriff’s Tactical Team and police departments in Pennsauken, Voorhees and Lindenwold.