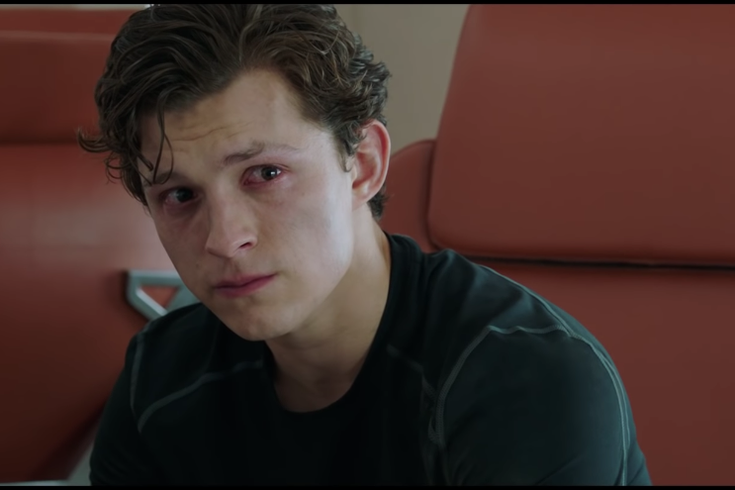 Marvel has released the trailer for "Spider-Man: Far From Home" and it features Marvel superhero Mysterio, along with some intense "Avengers: End Game" spoilers.

Marvel has released the trailer for "Spider-Man: Far From Home," but beware, if you haven't seen  "Avengers: End Game," the movie's storyline contains a very big spoiler.

Before the trailer begins, a charming Tom Holland, who plays Spider-Man, even pops on the screen to warn viewers who have not seen "End Game" that they have one more chance bail on the video. (NOTE: We do not have the spoiler in the text of this article, but you are on your own if you watch the video at the end.)

Then it's right to the spoiler. The clip begins with Spider-Man's alter-ego Peter Parker in mourning. “Every where I go I see his face. I just really miss him,” Parker says to Happy Hogan (Jon Favreau) about a fallen Avenger. “Yeah, I miss him too,” Hogan replies.

In "Far From Home" Parker is headed on vacation with friends, but not before ignoring a special phone call from Nick Fury (Samuel L. Jackson). After sending him to voicemail, Hogan replies in a panic, "You do not ghost Nick Fury."

But can you really ghost Nick Fury, Hogan?  If the trailer is any indication, that seems to a be 'no' considering Furry decides to show up on Spider-Man's vacation, along with Mysterio (Jake Gyllenhaal), who's from another dimension. "You're saying there's a multiverse?" Parker asks, before listing the other superheroes they could ask to help save the universe, to which Furry replies, "Bitch please, you've been to space." He ain't wrong.

"Spider-Man: Far From Home" will be released in theaters on July 2.