The popular Rights to Ricky Sanchez Sixers podcast isn't going anywhere, despite the move up I-95 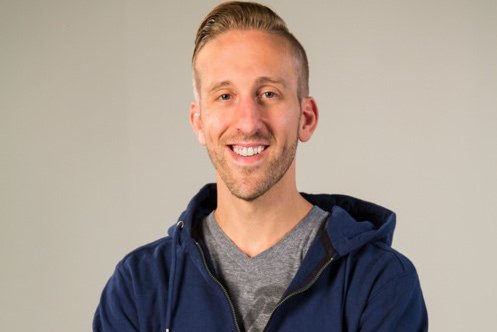 Spike Eskin will head to New York to become president of programming at WFAN and CBS Sports. Eskin has been the program director at SportsRadio 94WIP in Philadelphia since 2014.

Eskin, 44, announced his pending departure late Wednesday morning on Twitter, confirming that he will maintain his Rights to Ricky Sanchez Sixers podcast.

At WFAN, Eskin replaces current president of programming Mark Chernoff, whose last day with the station will be June 30, the station announced.

"Spike has the vision, creativity and drive to craft the next chapter of the iconic and influential WFAN brand," said Chris Oliviero, senior vice president and market manager at Audacy New York. "Along with CBS Sports Radio, his experience will be ideal to fuel our sports production powerhouse of 48 hours a day of original audio, 12 hours of quality television, all alongside a vibrant digital and social experience for both New York and the nation. As a long-time colleague of Spike, I am excited that he has joined our all-star team and have no doubt that he will succeed."


According to the New York Post, Eskin is expected to reshape WFAN's weekend programming lineup. He enters the role with successful shows already cemented in the mornings with "Boomer & Gio" and in the afternoons with "Carton & Roberts."

The Post report speculates that Eskin could be in line to select the eventual successors to 82-year-old John Sterling and 74-year-old Suzyn Waldman on New York Yankees radio games.

Last summer, in the midst of the coronavirus pandemic, WFAN mainstay Mike Francesa retired for a second time. Joe Beningno retired last fall as well and John Jastremski recently left an evening slot on WFAN to join The Ringer, giving Eskin some early decisions to make about the direction of the station.

The son of SportsRadio 94WIP's longtime "King" Howard Eskin, Spike took over as WIP's program director in 2014 following the departure of Andy Bloom. Eskin had previously held on-air host roles during a period of flux for the station, and before that worked in various capacities for the former 94 WYSP, WKQX in Chicago and CBS Philly.

It's not yet clear who may be in line to fill Eskin's shoes at SportsRadio 94WIP, which also is owned by Philadelphia-based Audacy.