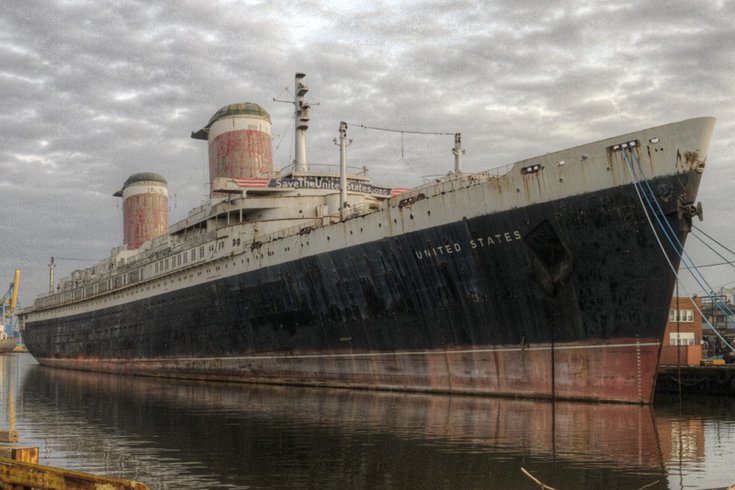 The S.S. United States is docked at a pier off Columbus Boulevard in South Philadelphia.

The S.S. United States — the luxury liner docked on the Delaware River in South Philadelphia — has been saved from being scrapped, at least temporarily.

The preservationist group that owns the ship, The S.S. United States Conservancy, announced it has received more than $600,000 to keep the ship afloat well into next year. Its board voted Monday to reject three bids to scrap the ship.

The conservancy retained a broker in October to explore selling the ship to a scrapyard. But thanks to more than 800 donors, including one who contributed $250,000 and two others who gave $100,000, the ship will remain docked in South Philly.

The ship, once the fastest in the world, has not moved in decades, maintaining a towering presence as motorists drive by on Columbus Boulevard.

The conservancy, which acquired the ship four years ago, is attempting to convert it into a mixed-use museum and development complex. The conservancy has identified at least two potential locations to accommodate the vessel. Those locations have not been revealed.

"Several qualified partners have recently made site visits with their engineers, architects and executives," Executive Director Susan Gibbs said in a statement. "The possibilities for the S.S. United States' revitalization are truly exciting."

"Letting the S.S. United States go to the breakers would be like letting the Statue of Liberty be melted down and turned into pennies," the donor said in a statement.