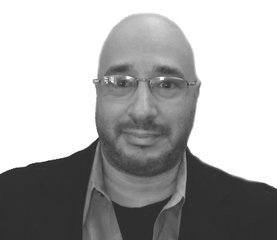 Joseph Santoliquito is an award-winning sportswriter based in the Philadelphia area who has written feature stories for SI.com, ESPN.com, NFL.com, MLB.com, Deadspin and The Philadelphia Daily News. In 2006, he was nominated for an Emmy Award for a special project piece for ESPN.com called “Love at First Beep.” He is most noted for his award-winning ESPN.com feature on high school wrestler A.J. Detwiler in February 2006, which appeared on SportsCenter. In 2015, he was elected president of the Boxing Writers Association of America.

Brad Ingelsby, creator of HBO's 'Mare of Easttown' talks about how his experiences growing up Berwyn, Chester County and his family in Delaware County inspired the plot and characters of his show, and he describes how Kate Winslet carefully constructed lead character Mare Sheehan.

After his first collegiate game, the 2017 Archbishop Wood graduate found himself at a critical crossroads: Stay at Georgia and start over at cornerback, or transfer out to another school where he could play wide receiver. Webb stayed.

Meet Andre Odom, the NFL agent who never should've been

The eerie, creaky door always had a way of telling the temperature of the small, bare apartment devoid of any presence or personality. If the door closed with the metallic slam of a prison cell, there would be trouble. If it hummed shut with a subtle click, there would be none.

Northeast High defensive end Ken Talley is a walking, talking reality show. The 6-foot-3, 240-pound junior is engaging, funny, a human quote machine with a calculator for a brain. He misses nothing — on or off the field.

The NFL Draft on April 29 is approaching fast and Kyle Pitts could very well be the first non-quarterback taken. Most prognosticators see the former Catholic League standout and first-team All-SEC selection going within the first six picks.

Villanova in unfamiliar territory as March underdog, hoping to upset No. 1 seed Baylor

It’s late March and Jay Wright is where he should be — playing deep into the NCAA Tournament, though in an unusual position. The one glaring difference this season as opposed to those years past is that Villanova’s legendary coach and his Wildcats are in an underdog role.

With No. 1 seed Michigan, all-time Philly great Phil Martelli is getting another shot at a national title

Phil Martelli made special arrangements for April. His daughter had arranged for him to receive a COVID-19 vaccination shot, before he rescheduled his original dose to Friday, March 5.
previous Page 2 of 42 next