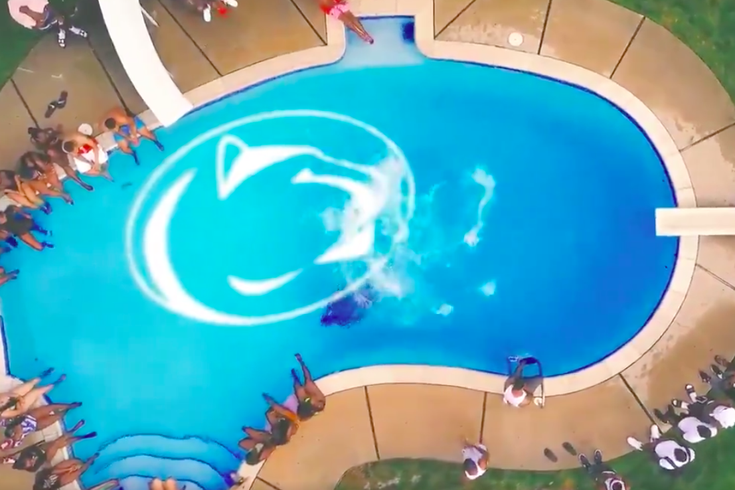 Isheem Young's commitment certainly made a splash at PSU.

Isheem Young is a rising senior safety at local football powerhouse Imhotep Charter, which reached the PIAA 4A title game last season after winning a state title the season before.

Rated a four-star prospect (170th overall) in the 2018 recruiting class by ESPN, Young held scholarship offers from pretty much any big-time school you can think of: Alabama, Ohio State, Clemson, Michigan, and Florida State were among that schools that offered him.

And just like St. Joe’s Prep’s D’Andre Swift last summer, Young made a video with Bleacher Report announcing his commitment. As it turns out, he’s staying close to home. When Young jumps off the diving board into a backyard pool in the video, the water turns into the Penn State logo.

Young will play for James Franklin and the Nittany Lions next season, joining a class that is currently ranked second overall by Rivals:

I am officially committed to...... pic.twitter.com/eiGtkZAjlq

“I picked Penn State because I love the academics there and the coaches,” Young told Rivals. “I think it’s a great fit for me. I think I’ll be able to play my freshman year.”