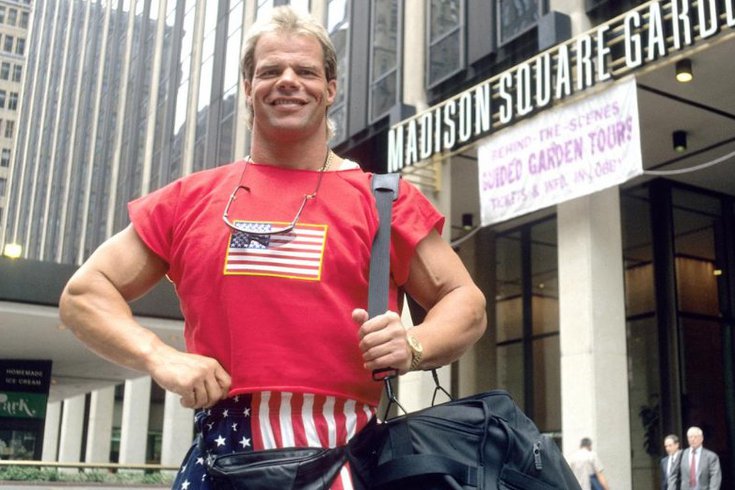 Lex Luger poses in front of Madison Square Garden during the summer of 1993.

The summer of 1993 saw a lot of change for WWE. Hulk Hogan was gone, and now Vince McMahon needed a new American hero to push to the top of the babyface rankings.

He would choose Lex Luger, who had been in the company since January of that year with a "Narcissist" gimmick. But he didn't just turn him face and have him beat up bad guys, Luger would go on to hop aboard the Lex Express and travel across the country "campaigning" to get a title shot at Yokozuna at that year's SummerSlam.

WWE released a video on the WWE Network a few years ago with plenty of raw footage from this journey.

Nick Piccone and Vaughn Johnson take a deep dive into all of this footage, which is sandwiched between the Stars and Stripes Challenge on July 4 and SummerSlam on August 30 of 1993. Nick also discovers some interesting Easter eggs in this footage that have a Philly connection! You have to check this out.

You can listen to the entire episode below or wherever you get your podcasts!