Straight Shooters: Deep dive into Clash of the Champions I 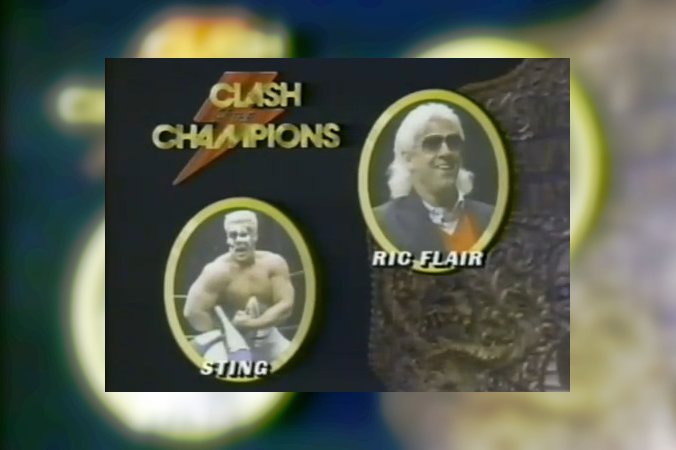 Ric Flair defended the NWA Worlds Heavyweight Championship against Sting in a show that went head-to-head with WrestleMania IV.

The very first Clash of the Champions took place on March 27, 1988 in Greensboro, NC at the Greensboro Coliseum. It drew 6,000 fans and popped a 5.6 rating on TBS. Oh, and it also went head-to-head with WrestleMania IV.

Nick Piccone and Vaughn Johnson take a deep dive into the first Clash of the Champions event, which became a staple of the National Wrestling Alliance, and later World Championship Wrestling, until its eventual end in 1997. On this night, NWA Worlds Heavyweight Champion Ric Flair would defend his championship against hugely popular up-and-comer Sting. There was a ton of good action on this show.

We discuss everything going on during this show in longform, and next week we'll take a look at the very last WCW Clash of the Champions event, which occurred in August 1997.

You can listen to the entire episode below or wherever you get your podcasts!