But working at the beach on break still works for many students, teachers 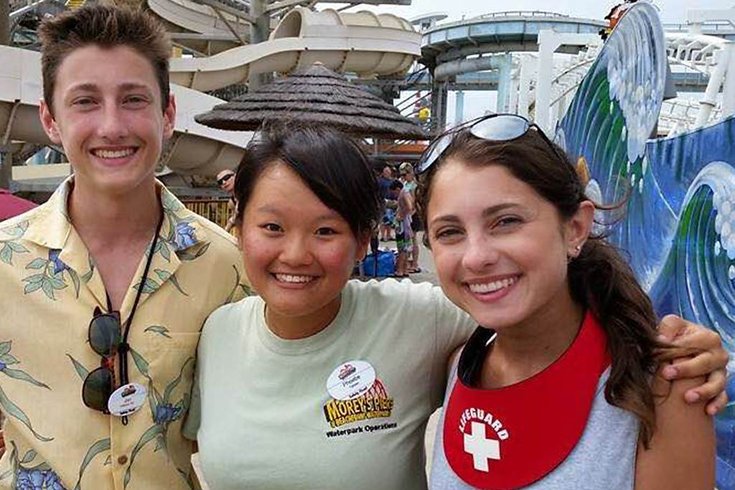 Catherine LaSalle, right, will work at Morey's Pier in the Wildwoods again this summer, her third season. Working with her at Morey's is her brother, Jonathan, left, and Phoebe Cho, a Taiwan resident. A Morey's official says U.S. applications this summer were the lowest since the 2009 season.

Catherine LaSalle returns to Morey’s Piers this summer for her third season as an employee with the amusement giant.

A senior at Hatboro-Horsham High School in Montgomery County, LaSalle is part of a staff of 1,500 hired to cover all aspects of three amusement piers and two water parks in the Wildwoods. That’s a lot of shoes to fill to ensure summer at the seashore is fun for guests.

“My older brother was employed at Morey's, where he worked as a lifeguard. After hearing his experience, I applied,” she said.

LaSalle represents a recent trend of increasing numbers of American applicants which grew out of the economic downturn that began in 2008. The rise in the number of domestic employee pools decreased the need for as many foreign students.

But this year saw an unexpected decline in American applications at Morey’s.

“This is the worst response I can track in the last three years and using my experience, I believe it to be the worst since approximately 2009,” said Denise Beckson, Morey’s director of operations/human resources. “With a better economy, parents push internships and sports camps over summer jobs.”

The decline comes at a time when the company had met its international hiring goal.

“Had we known we would have a decrease in American applicants, we may have increased our foreign participants, but by the time that was realized, it was too late,” Beckson said. “But I don’t foresee a summer-long shortage.”

“These students currently make up about a third of our workforce,” Beckson said. “We have students from about 30 different countries, including Taiwan, Romania, Poland and Russia.”

Steel Pier in Atlantic City issued 100 contracts for European students this year, representing 40 percent of the employees, according to president Anthony Catanoso.

“We have people coming from seven countries,” he said.

At one point, the government threatened to cap the number of J-1s, a threat which would have devastated the employee base, Catanoso said. “You shouldn’t mess with what works and is not broken.”

The bone of contention was whether the kids are taking advantage of the J-1, he explained.

“It’s supposed to be cultural. So we take them to New York, Washington and Philadelphia," he explained. "We have dance parties. Any abuse of the system is the exception not the rule.”

“We hire local to start with,” he said. “But there is not enough help to staff full-time in the summer.”

Local most often means workers with an easy commute, from Shore high schools, Atlantic Cape Community College and Stockton University, and those like LaSalle whose family owns a summer house in Wildwood.

Emily Flud, a veteran Morey employee, grew up in Wildwood and lives with her family 15 minutes away when she’s not attending Rowan University.

“Living in a shore resort town, I have been working here since I was 14 years-old,” she said.

In 2015, the number of seasonal employees in New Jersey hovered around 102,000 statewide, with 25,000 in Cape May County and 9,000 more in Atlantic County, according to Richard Perniciaro, executive vice president, planning, research and facilities at Atlantic Cape Community College.

As a result of high unemployment rates in Cape May and Atlantic counties, “there should still be a pool of local labor to draw from,” Perniciaro said.

Borgata Hotel Casino & Spa hired 200 seasonal employees over the last two months and will be hiring another 500 over the next two months, said its senior vice president of operations, Joe Lupo.

High school and college kids from all over the Delaware Valley once relished the idea of spending summer at the shore, working in one of the playgrounds or ice cream joints and getting paid for it. So did teachers with the summer off. Combined, they were more than ample to meet the needs of summer employers. 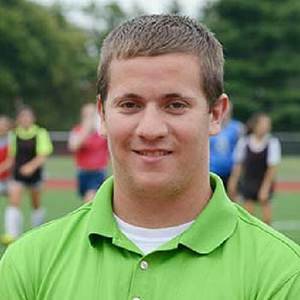 Palmer Trolli, an assistant athletic director at Christopher Dock High School in Lansdale, works at Morey's Pier in the summer to supplement his income. “It’s been a win-win for me,” he said.

But housing ate up an increasing amount of wages, leaving students other than those with Shore residences seeking work closer to home. Colleges – and increasingly, high schools – also return to school prior to the traditional Labor Day end of summer, sometimes two or three weeks earlier.

“This presents a problem for employers who wish to stretch the season,” Perniciaro said.

Mike McCloskey, a senior at Cherokee High School in Marlton, expects to start college in the third week of August. So he has to leave his fourth summer at Morey’s early.

“Unfortunately, I will not be able to work through Labor Day and the weekends that follow,” McCloskey said.

Foreign employees are as much a timing issue as a supply issue, Perniciaro said.

“Foreign students are employed for an agreed upon time period," he said. "This gives employers some certainty that is not always the same for local employees. Also, many countries start college later than in the U.S.”

Palmer Trolli represents the summer-off source of domestic staff. An assistant athletic director at Christopher Dock Mennonite High School in Lansdale, Montgomery County, Trolli supplements his full-time income with a summer job at Morey’s. He also gets to stay at the family shore house in Wildwood.

Other problems may be on the horizon unrelated to foreign staffers, Catanoso said. Proposed legislation to increase the minimum wage and paid sick leave could have a terrible impact, he added.

“The change would put businesses like ours out of business,” he said. “With 300,000 to 400,000 man hours that would price us out of the market. We cannot pass this cost on to the consumer. If you work so many days, you would be entitled to so many sick leave days. They can take Labor Day off and get paid.”

There should be an exemption for students, Catanoso added.

“These people are not feeding families; they are students.”