Tariq El-Shabazz set to announce his run for district attorney 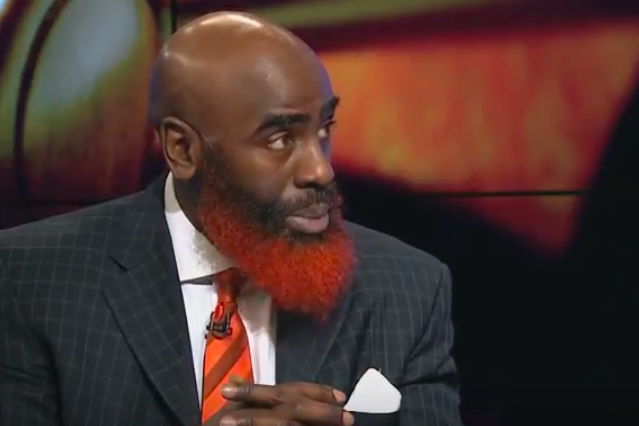 Tariq El-Shabazz during an interview with Arise America in 2013.

El-Shabazz, 52, revealed his plans Saturday while on WRNB 100.3 FM, the Philadelphia Tribune reported.

El-Shabazz is set to make the formal announcement during a news conference at the Philly Platinum Grill Restaurant in Chestnut Hill 11 a.m. Monday.

"As District Attorney, El-Shabazz wants to give the entire City confidence in understanding that criminal prosecution will be determined by the rule of law – irrespective of someone's race, country of origin, sexual orientation, or religion," said a press release with details of the announcement obtained by Philly.com.

El-Shabazz resigned from his former role on Feb. 13 after District Attorney Seth Williams announced that he was not seeking reelection for a third term.

Williams, who said that the decision was in the "best interest" of the office and family, was recently fined $62,000 by the city's Board of Ethics for failing to report gifts and sources of income.

The gifts, which totaled $160,000, went toward roof repairs, airfare and cash. Williams is also reportedly being investigated by the FBI.

El-Shabazz, who started working in the district attorney's office in August 2016, has practiced law for nearly three decades.

He'll be joining five other Democrats in the race for district attorney.

“I’ve been in the District Attorney’s Office for the last seven months and I’ve had the opportunity to see the impact that I can have on policy, procedure and the operational function of how justice is delivered,” El-Shabazz told The Philadelphia Tribune. “My vision is to have an office of prosecutorial excellence without prosecutorial injustice.”