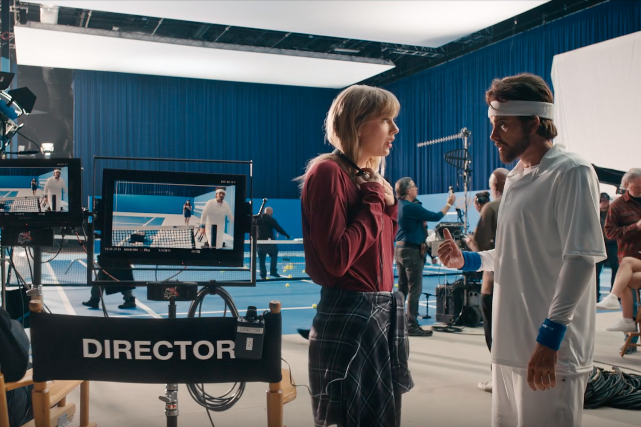 Taylor Swift's music video for 'The Man' was released on Thursday. Swift stars in the video only briefly as herself and mostly dressed as a man to illustrate the double standards described in the song's lyrics.

Swift, who directed the video herself, stars as the man in various personas, including a "Wolf of Wall Street" throwback and a John McEnroe-esque tennis player. Layers of makeup were applied to the singer to transform her appearance.

The Berks County native doesn't hold back, and among her targets are Leonardo DiCaprio  – the actor is called out by name in the song's lyrics for how his dating habits are glorified. "And we would toast to me, oh, let the players play/I'd be just like Leo in Saint-Tropez."

Swift also skewers gender inequities, like the the lower expectations for fathers; the excusable behaviors during "nights out with the boys"; and the general acceptance of men marrying women decades younger.

This is Swift's fourth single off her album "Lover." She debuted with "Me!" featuring Brendon Urie from Panic! At the Disco in April, followed by "You Need to Calm Down" in June and then "Lover" in August.

The singer also has a Netfix documentary "Miss Americana," which was released in January.