Difficulties managing negative emotions and stress may be part of the problem, experts say 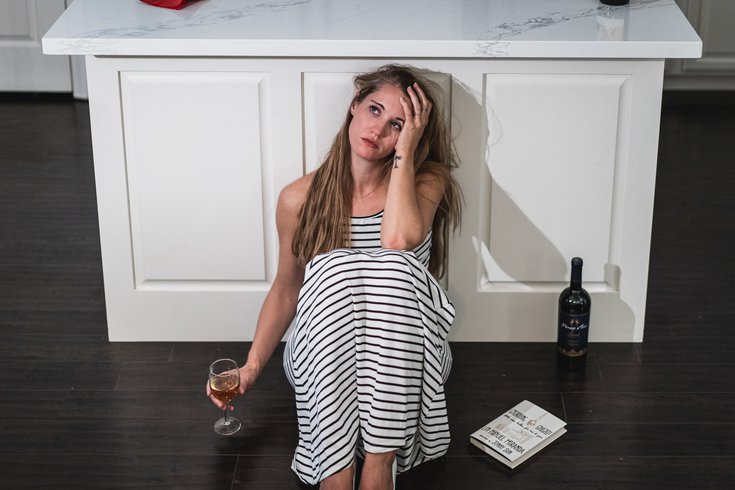 The social context in which young people drink is just as important as the frequency of use and how much is consumed, researchers say.

Drinking alone as a teen and a young adult may increase a person's risk for developing alcohol use disorder symptoms in their 30s, a new study has found.

Underage drinking is a major public health problem in the United States and research has continued to show that the negative effects can impact a person's health in both the short- and long-term.

The latest research from Carnegie Mellon University is in line with prior studies and suggests that drinking alone in your teen and young adult years – especially if you are female – can lead to even more alcohol problems as an adult.

"Most young people who drink do it with others in social settings, but a substantial minority of young people are drinking alone," said Kasey Creswell, lead author and associate professor of psychology at Carnegie Mellon University. "Solitary drinking is a unique and robust risk factor for future alcohol use disorder."

While doctors often screen young people for alcohol use, the focus is generally on the frequency and quantity of alcohol consumed. However, Creswell and her team say the social context in which young people drink is also important. While many teens report drinking when hanging out with friends, a significant minority are drinking more when they are alone.

Of the 4,500 participants who responded to surveys as part of the Monitoring the Future study, 25% of teens and 40% of young adults reported drinking alone. The teens who drank alone had a 35% higher risk of developing alcohol use disorder, while the young adults had a 60% higher risk.

Young females who drank alone were found to be at a particular risk of developing future alcohol problems as adults.

"Even after we account for well-known risk factors, like binge drinking, frequency of alcohol use, socioeconomic status and gender, we see a strong signal that drinking alone as a young person predicts alcohol problems in adulthood," said Creswell.

Excessive alcohol use contributes to 3 million deaths each year worldwide. The researchers say that interventions that target teens and young adults, especially young women, are needed to better educate them of the risks of solitary drinking.

Participants of the study enrolled as high school seniors and were followed for 17 years. They self-reported on their alcohol use and whether they drank alone into young adulthood and then were asked about alcohol use disorder symptoms in their 30s. AUD involves any unhealthy alcohol use that puts a person's health or safety at risk or causes other alcohol-related problems, such as with work and relationships.

Earlier work by Creswell and others suggest that young people who have difficulty managing negative emotions may drink alone more often than those who have healthier coping skills.

Difficulties managing stress and anxiety can lead to a host of health problems, even without adding alcohol issues into the mix. It can lead to feelings of fear, anger, sadness, numbness and frustration, as well as changes in appetite, difficulties focusing on tasks at hand and problems sleeping. It can also increase a person's risk of chronic health conditions, including alcoholism, according to the U.S. Centers for Disease Control and Prevention.

Psychologists say parents can help their teens manage stress and negative emotions by teaching them healthier coping skills, such as meditation, listening to uplifting music, getting out in nature, exercise and doing something that sparks joy.

Turning to alcohol to relax or numb pain is a common unhealthy coping skill. To prevent children from having an unhealthy relationship with alcohol, experts say parents need to model healthy coping skills themselves. They also should openly discuss the potential dangers of drinking and establish rules early on when it comes to drinking. Consistently enforcing these rules is also important.

The Substance Abuse and Mental Health Administration says the most crucial thing for parents to do is to stay involved and encourage their children to share information on what's going on in their daily lives, including who are they hanging out with.