Athena device clips to purse, belt, necklace and sounds alarm at the push of a button 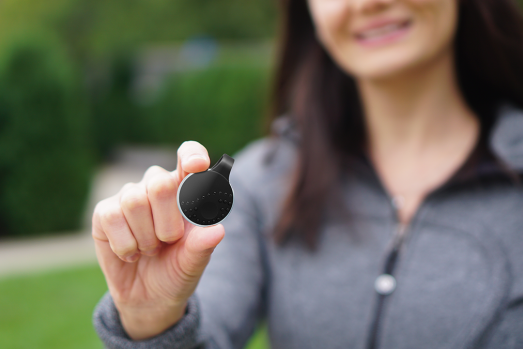 The Athena device clip weighs 1 ounce and emits an 85-decibel alarm when a button is pushed.

A Temple grad has invented a safety product that she says will "empower women to live their lives boldly, without fear."

The device, called Athena, is a small, 1-ounce piece of jewelry that helps give women peace of mind when they walk alone. Hold down the button on Athena for three seconds, and it will sound an alarm louder than a freight train and text your location to your loved ones.

"We built this device to help save lives," said Yasmine Mustafa, co-founder of ROAR For Good and a graduate of Temple's entrepreneurship program.

ROAR For Good aims to raise $40,000 through Indiegogo to continue development of its product, which it plans to ship out by springtime. Within 24 hours of starting the campaign, it's already raised over $21,000.

The Athena can clip onto a necklace, purse or belt. The designers purposefully didn't create a bracelet or something else to be worn on the wrist, because they wanted women to easily reach the button with either hand.

Mustafa said she was inspired to start the company after traveling through South America and meeting many women who had survived sexual assault. Then, one week after she returned from her travels, she read in the news about a Philadelphia woman who was dragged into an alleyway and raped while she was feeding a parking meter.

"We don't want to just put a Band-Aid on the problem. We want to get to the root cause of violence against women," said Mustafa.

As part of that social justice mission, 10 percent of the proceeds from the Indiegogo campaign will go toward the One Love Foundation, which educates people on the warning signs of domestic abuse.

In addition, backers who donate $100 will get one Athena device for themselves and one for a woman in need, distributed by the domestic violence advocacy group Women Against Abuse.

To learn more and contribute to the campaign, click here.