Terrell Owens reveals he will compete on 'Dancing with the Stars' 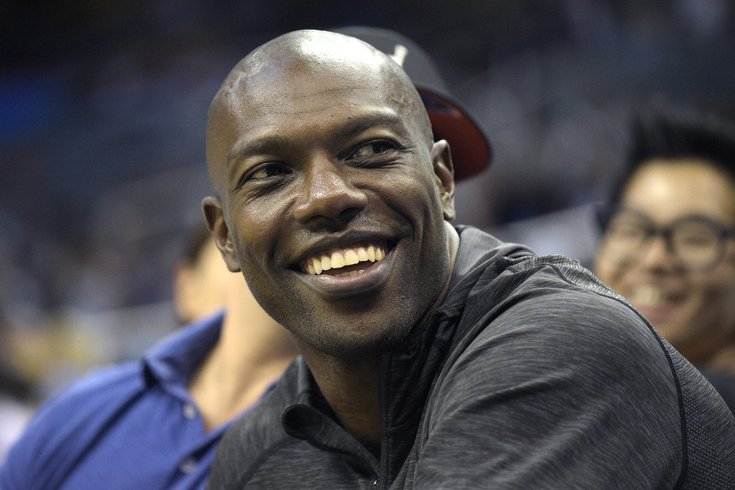 At 43 years old, former Eagle and full-time showboat Terrell Owens still thinks it's "a joke" that he's not on an NFL roster heading into the start of the 2017-2018 season this Sunday.

No dice there, but he's still going to be in the spotlight this fall. Owens has signed up to flash his moves on the 25th season of ABC's "Dancing with the Stars," where he'll follow in the footsteps of former Bengals teammate Chad "Ochocinco" Johnson.

Owens appeared on "Good Morning America" Tuesday to announce he'll be teaming up with two-time "DWTS" champion Cheryl Burke, who once won it all with Emmitt Smith.

"I'm hoping to put up some big numbers with this lovely lady right here," Owens said, although he admitted he's never done any kind of ballroom dancing in his life. "I mean, if I can handle Bill Parcells, then I can handle Cheryl."

It's been a while since Owens has had a consistent platform to be T.O. the entertainer, rather than the guy who wages a campaign against the NFL's Hall of Fame selection committee. What are the odds that he finds a way to make this show implode in its 25th season?

If we're looking for evidence of his dancing skills, he wasn't too shabby at celebrating touchdowns.

Season 25 of "Dancing with the Stars" premieres Sept. 18.