Three Eagles players voted in to the Pro Bowl 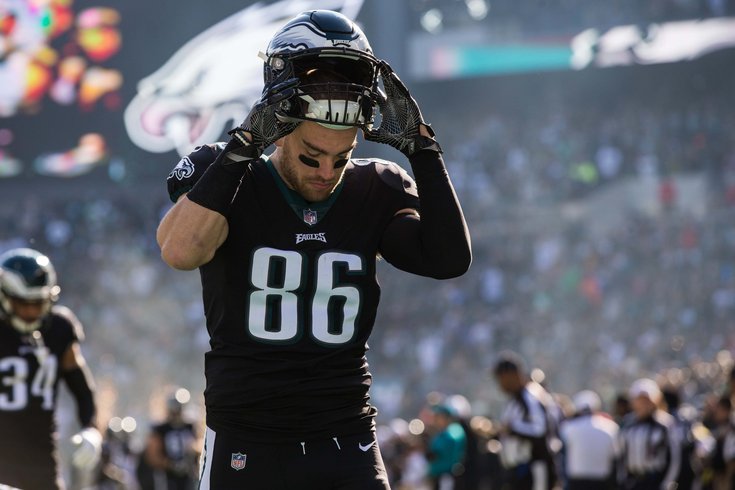 Zach Ertz is on pace to break the NFL single-season receptions record by a tight end.

In 2017, six Philadelphia Eagles players made the initial Pro Bowl roster. They were Carson Wentz, Zach Ertz, Lane Johnson, Brandon Brooks, Fletcher Cox, and Malcolm Jenkins. Of course, no Eagles actually played in the Pro Bowl, as they were busy preparing for a more important bowl.

In 2018, three Eagles made the initial Pro Bowl roster.

• TE Zach Ertz: Ertz was a lock to make the Pro Bowl, as he leads all NFL tight ends in receptions (101), is third in yards (1038), and third in touchdowns (6). He is on pace to break the NFL's single-season record for receptions by a tight end.

• DT Fletcher Cox: Cox's numbers (41 tackles, 7.5 sacks) are good, but they don't begin to tell the story of how important to the Eagles' defense he has been this season. He draws constant double teams and allows his defensive line teammates to face one-on-one opportunities, and yet, he is still a playmaker himself.

• RG Brandon Brooks: Brooks has had a good follow-up season to his first Pro Bowl appearance a year ago. He is clearly one of the best guards in the NFL.

So who got snubbed? Malcolm Jenkins should absolutely be in, as should Jason Kelce. They would be the most glaring omissions, in my view.