Would moving on from Zach Ertz, Fletcher Cox or DeSean Jackson be the smart move for Philly? 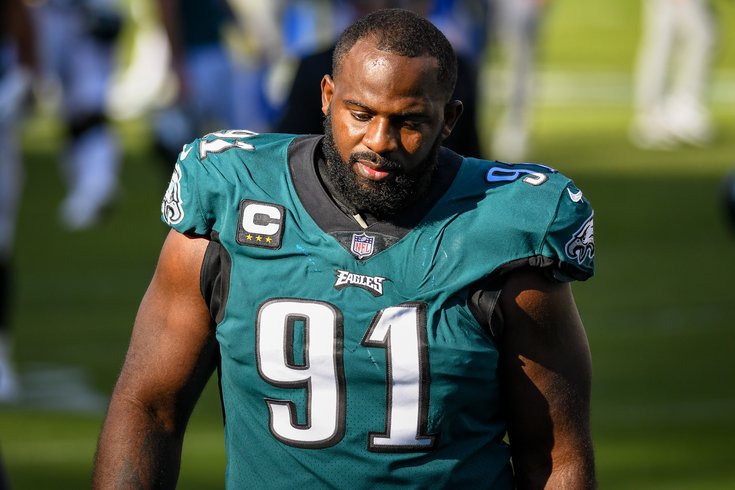 Well, that deescalated quickly. After their Super Bowl win in 2017, the Philadelphia Eagles thought that they were starting a long run at the top of the NFL. Instead, they have progressively gotten worse in each of the next three subsequent seasons.

In 2018, they needed the Minnesota Vikings to choke Week 17 against the Chicago Bears to eke their way into the 6 seed with a 9-7 record. In 2019, once again, they qualified for the playoffs, this time winning the worst division in football with a 9-7 record. In 2020, they look like one of the worst teams in the league through the first two games. They are tied for the second-worst point differential in the NFL at -28, despite playing arguably the worst franchise in sports Week 1, and a team Week 2 that did not make the playoffs last season.

Can the Eagles right the ship? Maybe. But even if they do, what's their ceiling? It sure feels a lot like the collective nucleus that was kept in place from that Super Bowl run just isn't going to contend in Philly anymore, and with a troublesome salary cap situation upcoming in 2021, it's not as if they're going to be able to add outlook-changing pieces to the mix.

But certainly, individual players on the roster from that Super Bowl run could help other teams.

In each of the last two seasons, the Eagles, thinking they were contenders, bought at the trade deadline, and they made two really bad trades:

In each of the last two seasons, the trade deadline has been a seller's market. For example, in 2019 alone:

Those were all great deals for the sellers.

And so, after an 0-2 start, is it a little early to be looking at players who can be sold off at the trade deadline? Yeah, sure, but let's go ahead and do that anyway, shall we? We'll limit it to four players.

Why would the Eagles trade him? Ertz will turn 30 in November, he is unhappy with the lack of a new deal, and the Eagles already have a very good tight end in Dallas Goedert ready to replace him.

Why would other teams be interested? He's one of the best route runners in the NFL, he has playoff experience (and heroics) on his résumé, and he's still a top 5 TE in the league, even if he hasn't gotten off to a strong start this season.

What could the Eagles reasonably expect in return? It's unlikely that anyone is giving you a 1, and you shouldn't settle for a late 2, which is what a Super Bowl contender would have in the second round. It would probably take a 2 and change.

Why would the Eagles trade him? Cox will turn 30 in December, and he's going to count for over $22 million on the cap in each of the next two seasons. If you think he's in decline, you might be smart to get something for him now before it's too late, while also helping out your 2021 cap situation.

Why would other teams be interested? He could be an immediate difference-maker on the interior of a contending team's defensive line.

What could the Eagles reasonably expect in return? Again, nobody is giving you a 1st round pick for an almost 30-year-old DT whose production is in a downturn, but maybe a 2 for a team in need of D-line help?

Why would the Eagles trade him? He's likely gone next offseason anyway.

Why would other teams be interested? Speed isn't easy to find.

What could the Eagles reasonably expect in return? Seeing as the Falcons got a 2nd round pick for Sanu, and the Broncos got 3rd and 4th round picks for Sanders, I don't think that asking for a 3rd round pick would be crazy. You'd probably have to settle for a 4 or 5.

Why would the Eagles trade him? They've been trying to trade him for about a year now.

What could the Eagles reasonably expect in return? They'd probably have to send a pick along with Jeffery to another team just to get rid of his contract, like the Rams did last year with Aqib Talib, but if some team offered a kicking tee for him, bye.