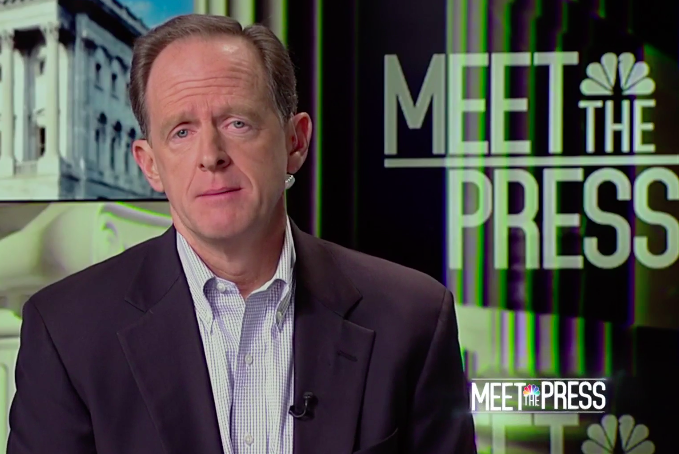 U.S. Sen. Pat Toomey still stands by his November statements that Alabama candidate Roy Moore should 'step aside' from the race despite President Donald Trump's endorsement on Monday, December 4, 2017.

Never thought we’d get to a place in America where partisanship would leave some folks defending a man who stands accused of pursuing teenage girls when he was in his 30s, but here we are.

I’m talking, of course, about Roy Moore, the Republican nominee to fill the U.S. Senate seat formerly held by Attorney General Jeff Sessions in Alabama. I’m sure you’ve heard about it. Most people have.

Well, this week brought another offensive wrinkle to the case. Specifically, President Trump “strongly endorsed” the Alabaman accused of sexual misconduct with minors, a Monday development that saw the Republican National Committee “restore” its cha-ching financial support for his campaign.

From a purely political perspective, this is about Republicans retaining their numerical advantage in the Senate.

But I’m not here to litigate a political campaign from a state I don’t live in, despite the fact that it impacts all Americans. Nor am I hear to engage in whataboutism in regards to Sen. Al Franken and others on the other side of the aisle.

I am here to let you know what U.S. Sen. Pat Toomey thinks about it.

I reached out to Toomey spokesman Steve Kelly on Tuesday morning to see whether his boss would hop aboard the support-Moore train. He had a quick, simple answer for me.

“The senator stands by what he said on ‘Meet The Press’ that Roy Moore should step aside,” Kelly said.

You can watch the November 12 interview, which covers a lot more ground beyond that singular statement, below: