These products are loaded with sugar, sodium and carbohydrates but often lack significant amounts of nutrients 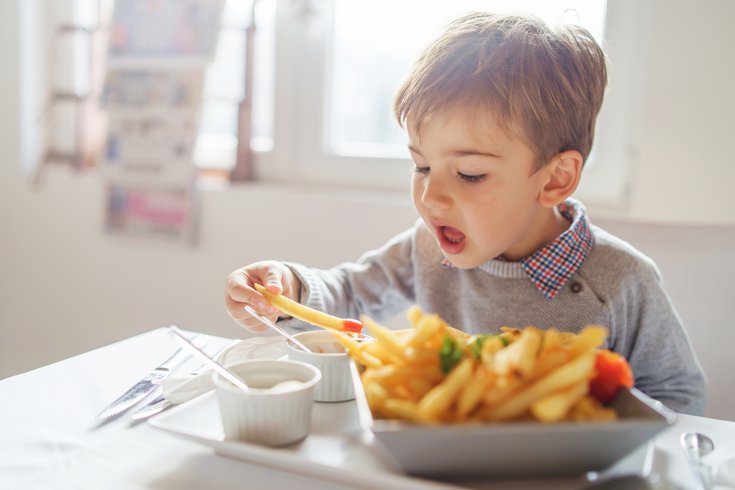 It's well known that processed foods are not as healthy as eating whole foods, like fresh fruits and vegetables. But in today's society, it is difficult to completely avoid processed foods.

U.S. children and teenagers are consuming too many calories from ultra-processed foods, a study published Tuesday in JAMA warns. Their percentage of calories consumed from such foods increased from 61% to 67% from 1999 to 2018, according to researchers at Tufts University.

But what makes a food ultra-processed compared to a run-of-the-mill processed food?

According to Healthline, there are three stages of food processing. The first stage involves making sure the food is safe to eat. This includes harvesting grains, shelling nuts and slaughtering animals. At this stage, most foods are still considered whole foods.

The second stage involves cooking, freezing and canning. The third stage, known as tertiary processing, is most problematic, according to nutrition experts. This is when manufacturers insert added sugars, fats and chemical preservatives to keep the product flavorful.

Ready-to-eat and ready-to heat are the most common ultra-processed foods. They are often high in added sugar, sodium and carbohydrates, but low in fiber, protein, vitamins and minerals. Examples include packaged sweet snacks and desserts, sugary cereals, french fries, fast food and some deli meats like bologna and salami.

Not all ultra-processed foods are as unhealthy as others.

"Some whole grain breads and dairy foods are ultra-processed, and they're healthier than other ultra-processed foods," said Fang Fang Zhang, a nutrition epidemiologist at Tufts. "Processing can keep food fresher longer, allows for food fortification and enrichment, and enhances consumer convenience.

"But many ultra-processed foods are less healthy, with more sugar and salt, and less fiber, than unprocessed and minimally processed foods, and the increase in their consumption by children and teenagers is concerning."

The overconsumption of less healthier ultra-processed foods has been linked to diabetes, obesity, cancer and other serous medical conditions, experts say.

The Tufts study analyzed the dietary intake of 33,795 children and adolescents throughout the United States. Their biggest source of ultra-processed foods came from ready-to-eat or ready-to-heat dishes such as takeout and frozen pizza and burgers. These foods constituted 2.2% to 11.2% of their calories. Packaged sweet snacks and desserts also made up a significant portion of their calories.

The rest of the children's calories came from moderately processed foods like cheese, canned fruits and vegetables, and consumer-added flavor enhancers like sugar, honey, maple syrup and butter.

On a positive note, the researchers found that children are consuming fewer calories from sugar-sweetened beverages. There was a 51% drop during the study period.

“This finding shows the benefits of the concerted campaign over the past few years to reduce overall consumption of sugary drinks," Zhang said. "We need to mobilize the same energy and level of commitment when it comes to other unhealthy ultra-processed foods such as cakes, cookies, doughnuts and brownies."

So what is the best way to protect children and from consuming too many ultra-processed foods?

The researchers acknowledged that issues of affordability, availability and accessibility play a role in people's diets. However, there are some simple swaps that people can make.

For instance, instead of sweetened breakfast cereals, serve oatmeal made with rolled oats and sweetened with honey. And instead of fried chicken, make a roast chicken from scratch. Another easy swap is to switch artificially flavored cheese crackers for whole-grain crackers and cheese slices.