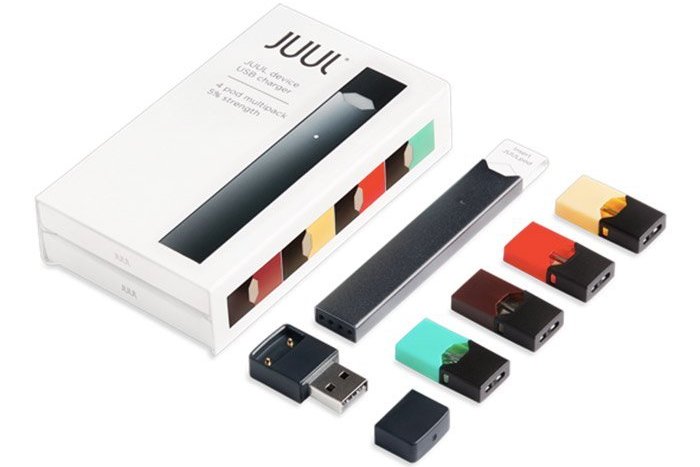 Morgan Colella, 19, of Williamstown, Gloucester County, alleges she became addicted to nicotine after her high school friends first offered her a Juul e-cigarette two years ago. She filed her lawsuit Wednesday.

An unnamed Voorhees, Camden County boy filed a class-action lawsuit Tuesday against Juul, accusing the company of using "deceptive" practices that led to a vaping epidemic. The lawsuit seeks damages for any New Jersey resident addicted to – or harmed by – Juul products.

The lawsuits were first reported by the Cherry Hill Courier Post.

The lawsuits come as the U.S. Centers for Disease Control and Prevention investigates some 450 cases of severe lung disease tied to vaping. Six people have died.

Not all of those cases involve people who strictly vaped e-cigarettes. Some vaped similar products containing THC, the psychoactive compound found in marijuana. Others vaped both THC and nicotine products.

The CDC has not reached any definitive conclusions about the causes of the illnesses. But the Trump administration is pursuing a ban that would remove flavored e-cigarettes, including mint and menthol products, from the marketplace.

More than 20 percent of high school students vaped e-cigarettes lats year, according to the CDC. They were among 4.9 million American youth who used tobacco products, with vaping the most popular form.

Divello began using Juul products at age 16, as a junior in high school, according to his lawsuit. At the time, Juul products did not contain any warnings about the risks of nicotine on the products or packaging, he alleges.

Divello frequented Juul's website, which his lawsuit claims made its products "appear safe, enticing and cool." He took surveys, receiving $30 in gift cards.

Despite wanting to quit, Divello has struggled to stop using Juul products, the suit claims. In August, he was hospitalized after developing a high fever, nausea and vomiting – an illness allegedly tied to vaping.

"Matthew's health has been put at risk by a company that simply didn't care about the welfare of its key targets," his lawyer, Mark Lanier, said in a statement. "Juul clearly was only concerned about sales and marketing, not safety and warnings. The result was a dangerous, pervasive product that quickly met its goal of getting young people addicted to tobacco."

Juul Labs issued a statement saying the lawsuits are "without merit" and "largely copy and paste unfounded allegations" raised in prior lawsuits that Juul is fighting.

"Our product has always only been intended to be a viable alternative for the one billion current adult smokers in the world," the statement said. "We have never marketed to youth and do not want any non-nicotine users to try our products."

Colella's lawsuit made similar claims to Divello's lawsuit. When she began "juuling" at age 17, she allegedly did not know how much nicotine the products contained, nor was she made aware of the extent of addiction it could cause.

The suit claims none of the advertisements or in-store promotions Colella viewed disclosed the addiction risks of Juul's products. They also allegedly did not note that Juul products were age-restricted for people age 26 and older.

Colella "will continue to struggle with this addiction for the rest of her life," the suit claims, adding that it permanently altered her brain at a crucial age.

The class-action suit is brought by a 16-year-old boy who allegedly began vaping at age 14, believing the products were safe to use and unaware that they contained nicotine.

The boy continues to suffer adverse health effects, including severe coughing and vomiting, according to the suit. It additionally contends that Juul failed to warn users of its products' risks and engaged in false advertising, among other claims.

The U.S. Food and Drug Administration issued Juul a warning letter on Monday, ordering the company to make changes to the marketing of its products. The company has claimed its products are safer than cigarettes, an assertion the FDA deemed unproven.