As a source for essential vitamins, minerals and fiber, veggies are a key component of a healthy diet 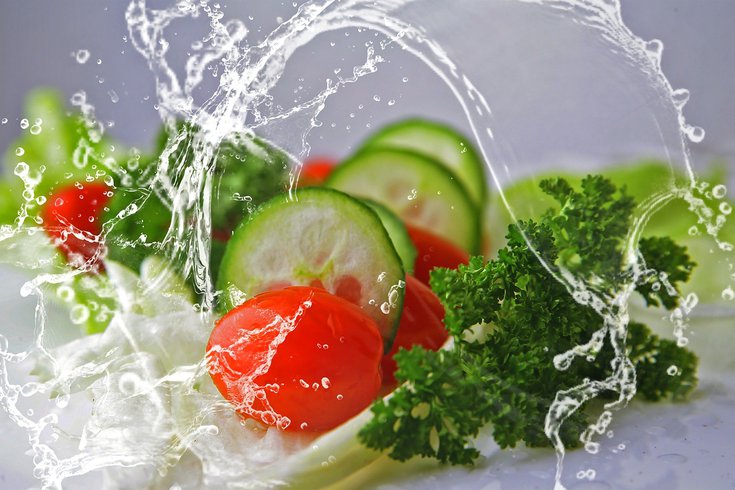 Simply eating more vegetables may not have a protective effect against heart disease, a new study suggests. But health experts say veggies are still an important part of a healthy diet.

Eating a balanced diet that includes high amounts of fruits and vegetables, and maintaining a healthy weight, have been considered the best prescriptions for preventing cardiovascular disease.

In a surprise turn, a group of scientists are now saying that simply eating more vegetables may not have a protective effect. Their findings contradict previous research that has linked vegetable intake to a lower risk of cardiovascular disease, including strokes and heart attacks.

The researchers sought to determine whether consuming more raw or cooked vegetables independently lowers the risk of cardiovascular disease.

They say evidence from previous studies has been inconsistent and may not have factored other risk factors such as smoking, alcohol consumption and meat intake. They added that socioeconomic factors – like education, income and wealth – can influence cardiovascular disease risk, too.

The protective effect that other studies have identified is most likely due to bias from confounding factors related to differences in socioeconomic and lifestyle factors, Dr. Qi Feng, a researcher at the University of Oxford in the United Kingdom, told Bloomberg.

When his research team adjusted for these factors, the protective effect of vegetable significantly weakened, he said. The ability to predict cardiovascular disease based on vegetable consumption dropped by more than 80% after socioeconomic, nutritional and other health-related factors were considered.

Despite a less clear cut connection to cardiovascular disease risk, the researchers maintain that eating a balanced diet, including at least five portions of fruits and vegetables, is still important to reduce the risk of major diseases.

Dr. Mariette Ambrose, a cardiology professor at Penn Medicine, called the study "thought-provoking" and "well-done." She said it raises the question of whether scientists can truly separate vegetables from other parts of the diet when looking at health benefits. She was not involved in the study.

Every study teaches something, but there are still a lot of unknowns about the interplay between vegetable intake and other factors that influence cardiovascular risk, she said. It is important to keep overall diet in mind. The way people cook their vegetables might influence their risk, she noted.

"It is well known that cooking vegetables can destroy some of the nutrients, but we don't know how specifically people are preparing them and what else they are adding in the process," she said.

For instance, adding butter to vegetables also may influence a person's cardiovascular risk, Ambrose said. Though the study examined lifestyle and socioeconomic factors, it did not adjust for caloric intake, which also can affect cardiovascular risk.

The researchers were surprised to find raw vegetable intake was inversely linked to cardiovascular disease, but cooked vegetable intake was not. They said further studies are needed to explore whether certain types of vegetables or the way they are cooked have a greater influence on heart disease risk.

Ambrose said this one study is not enough to convince her that vegetables don't have a protective benefit against cardiovascular disease. Even if the findings are confirmed, Ambrose said the habit of eating plenty of vegetables "does support people reaching a healthier CVD status."

Nutritionist Kim Pearson told Runner's World that vegetable intake itself may not be a "panacea" to reducing heart disease risk. But she said diet plays a "key role" in reducing the risk of heart disease.

"Studies on dietary habits and disease risk can be challenging to run," she said. "You tend to find that if someone has a higher vegetable intake, for example, they may also be more likely to implement other healthy habits like exercising regularly, eating less sugar, and so on. Therefore, it can be difficult to say for sure which of the habits is contributing to the reduced risk of disease.

"Vegetables provide essential vitamins, minerals and fiber and are still an integral part of our diet. We should not be discouraged from getting our (minimum) five a day. The more vegetables we fill our plates with, the less room there is for refined, nutrient devoid carbohydrates and highly processed foods."

The study was based on data from 399,586 people enrolled in the UK Biobank study. About 4.5% of the participants developed cardiovascular disease during the study period. All participants were questioned about their diet, lifestyle and medical and reproductive histories.