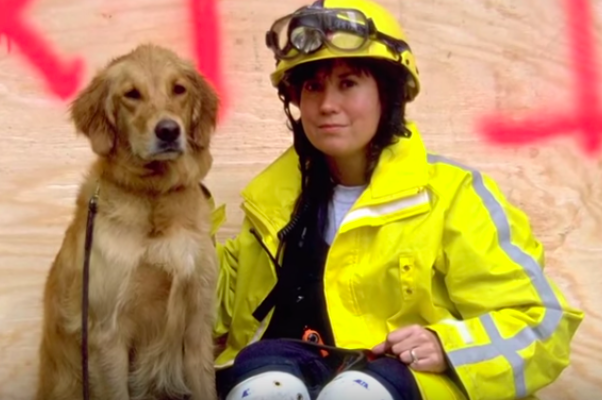 Fourteen years after the fateful attacks of September 11, 2001, the United States remains forever indebted to the selfless rescue workers who risked and lost their lives in order to search for survivors at the disaster sites.

In 2015, just one canine rescue worker remains alive, a 16-year-old golden retriever named Bretagne. She and her handler Denise Corliss were both members of the urban search and rescue team Texas Task Force 1 at the time of the attacks.

In order to pay tribute to Corliss and Bretagne, BarkPost and 1 Hotels teamed up to provide a special day for the pair, including a flight to New York, a gourmet meal and a digital billboard in Times Square.

The full day of tribute is documented in the video below, which displays the love and affection between the duo, as well as Corliss' reflections on the value of their bond. In honor of their joint sacrifice, 1 Hotels donated $1,000 to Texas Task Force 1 and the pair received cobblestone dedication on the grounds of 9/11 memorial.