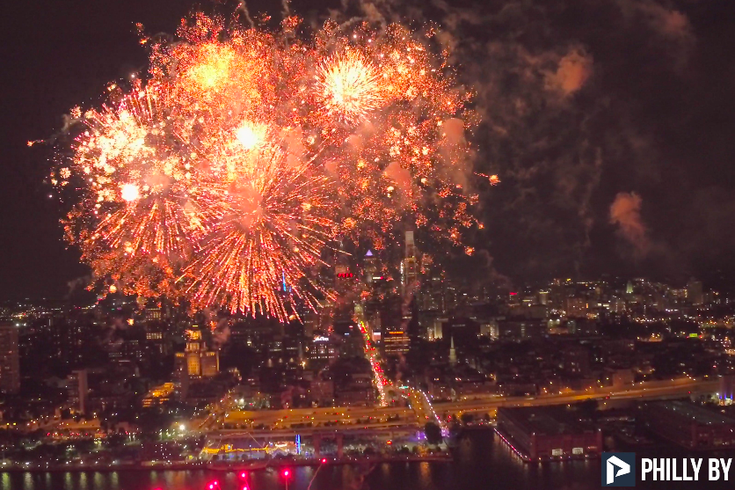 Christopher Kao, a software engineering student at the University of Pennsylvania, captured a Philadelphia fireworks show by drone.

Missed Philly's Fourth of July fireworks on the Delaware River Friday night? A University of Pennsylvania student has you covered.

Christopher Kao, a software engineering student who recently launched an aerial real estate photography startup, Philly By Drone, captured it from the air after the Federal Aviation Authority granted him approval to fly a drone over Penn's Landing for the display.

Kao cut a 50-second video of the display, and the view is about as close as it gets.

The video can be downloaded here.

Two more fireworks shows in Philly are set to kick off 9:30 p.m. on July 4 along the Benjamin Franklin Parkway and on the Delaware River waterfront.