WATCH: Philadelphia police officers rock out with protesters during DNC 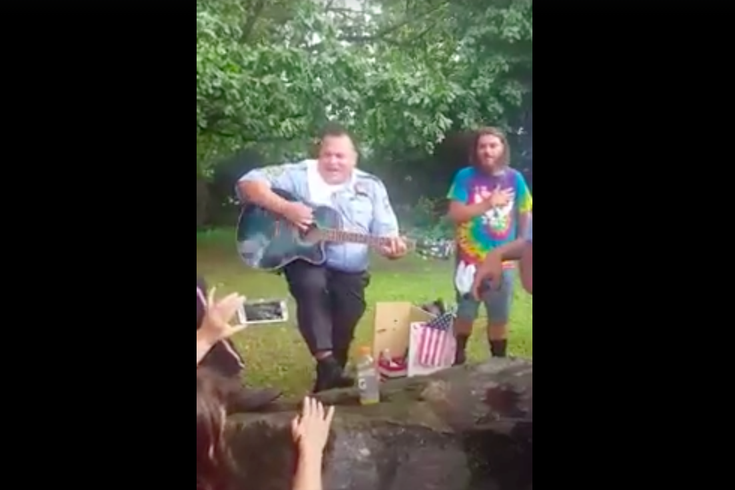 The Philadelphia Police Department and protesters at the Democratic National Convention weren't so different after all.

While many photos were taken during the event that depicted law enforcement and demonstrators on opposite sides of the fence, a mutual love of classic rock brought both sides together at FDR Park.

Before the DNC, some feared that tensions might boil over into violence during planned protests. Instead, no protesters were arrested by local police.

How could that be?

Well, a pair of videos on the PPD's Facebook page showed one way to help cooler heads prevail.

That video of police officers and protesters singing Lynyrd Skynyrd's "Sweet Home Alabama" was posted on Thursday and already has more than 175,000 views.

The response was overwhelmingly positive in the comment section so police delivered an encore performance.

On Friday, another video of the group performing Stevie Ray Vaughan's "Pride and Joy" was posted:

It's a shame the 103 people who were issued citations during the event missed out on a good time.