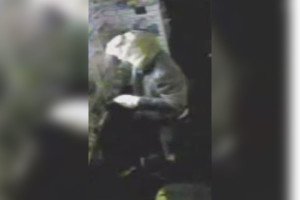 Philadelphia police are asking for help identifying this man, who they say burglarized the Commissary Food Market in Wissahickon on Dec. 14.

Philadelphia police are asking for help identifying a man they say broke into the Commissary Food Market in Wissahickon on Dec. 14 and used a crowbar to steal from the cash registers there.

According to police, at about 12:54 a.m. that day, a man gained entry to the market at 5255 Ridge Ave. by prying open a side window and then pushing in the inner wall.

Once inside, the individual forced open two cash registers with a crowbar and took an unknown amount of money, police said.

Police said that the man then unsuccessfully attempted to open an ATM located inside the store.

After taking an undetermined amount of money, 30 cartons of cigarettes and miscellaneous items, he fled the area in an unknown direction, law enforcement officials said.

Police said that the suspect, described as a black male with a light complexion and a thin build, was caught on video wearing a dark-colored jacket with patches on the shoulders and a yellow hooded sweatshirt underneath. Police said he also wore white socks on his hands and dark-colored pants.