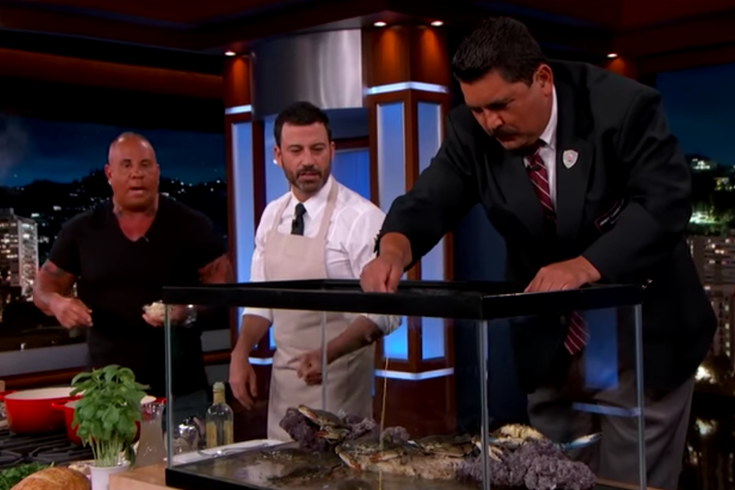 South Philly restauranteur Steve Martorano, who looks like what you'd get if you put an Eagles jersey and pasta sauce (excuse me, gravy) into a deep fryer, appeared on "Jimmy Kimmel Live!" on Thursday night to teach the host how to cook (and catch) crabs and abuse the word "cuz" over and over again.

Martorano, for the unfamiliar, runs five locations of his Café Martorano resturaunt across the country, including one in Atlantic City. He's got a cookbook out – "It Ain't Sauce, It's Gravy: Macaroni, Homestyle Cheesesteaks, the Best Meatballs in the World, and How Food Saved My Life" – and has rubbed shoulders with celebrities who dig his Italian-American dishes.

The segment plays out, well, pretty much how you'd expect with a middle-aged white comedian and his sidekick security guard Guillermo Rodriguez trying to learn how to cook from a boisterous South Philadelphian. Watch it below:

Author's note: If you're reading this, Steve, all the jokes were made in good fun. I say that mainly because you could clearly kick my a**.