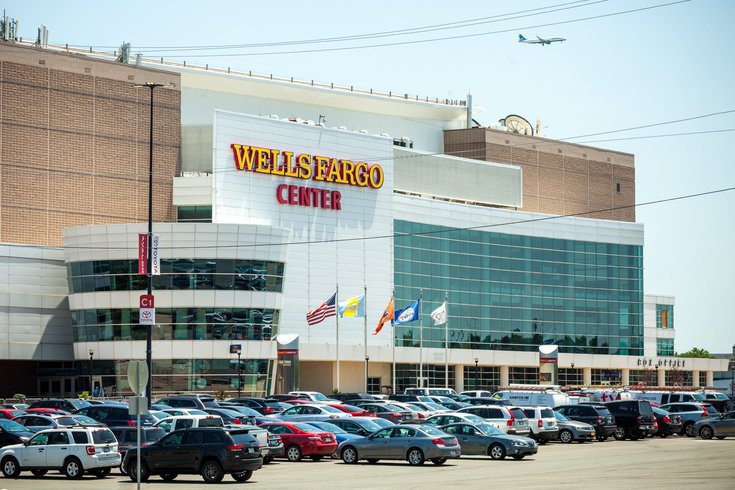 The new food options at the Wells Fargo Center for the upcoming Flyers and Sixers seasons include Cheetos 'n' Waffle tenders and a za'atar cauliflower cheesesteak.

Fans who attend Flyers and 76ers games at the Wells Fargo Center will find many new food options in the arena's main concourse and mezzanine levels this season, including a Buena Onda stand from chef Jose Garces.

Additionally, new restaurants from Garces, Stephen Starr and Marc Vetri – some of Philadelphia's top restaurateurs – are debuting on the revamped club level.

RELATED STORY: Phillies fans can enjoy fall-inspired food, including a gobbler, during the playoffs at Citizens Bank Park

Here's a detailed look at the new concession offerings. 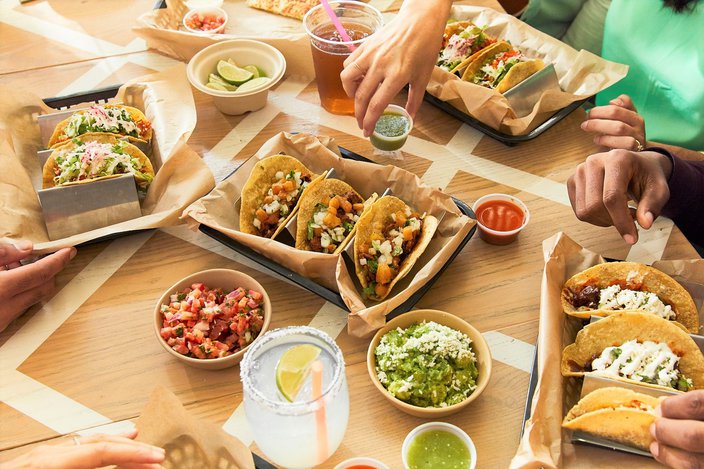 Chef Jose Garces is expanding Buena Onda in the Philadelphia area and beyond in the coming years. He'll now have a stand at the Wells Fargo Center.

Chef Jose Garces' popular Baja Peninsula taco restaurant, whose name translates to "good vibes," is expanding from its Fairmount flagship store, which debuted in 2015. Tacos at the new Wells Fargo Center stand include fried shrimp, glazed shrimp, al pastor, chicken ropa and mushroom kale. There also will be chips and salsa, guacamole and a few other menu items. 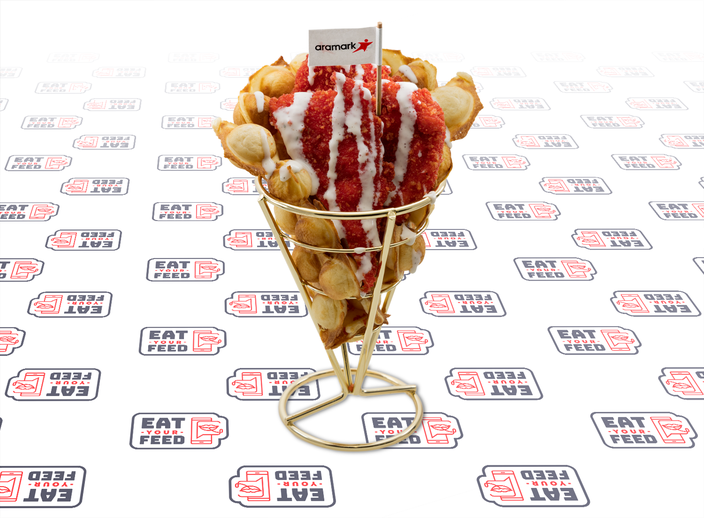 Aramark's Cheetos 'n' Waffle tenders are available at the concession stand near Section 107.

This is part of Aramark's "Eat Your Feed" menu lineup, which features food that's become popular in trending videos on social media this year. It's got Cheetos Flamin' Hot breaded chicken tenders wrapped in a buttermilk bubble waffle and topped with buttermilk ranch dressing.

Where to get it: The Trending Tastes concession stand near Section 107. Other new menu items at Trending Tastes include Pastachos (pasta chip nachos), a Bavarian pretzel and fried mac & cheese. 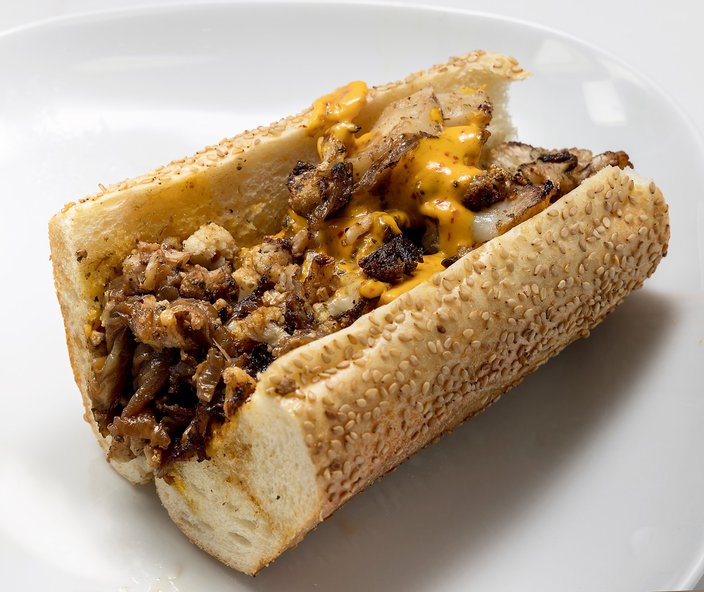 Aramark's za'atar cauliflower cheesesteak is available at the concession stand near Section 110.

For people who want a different take on a cheesesteak, this is one of Aramark's plant-forward options. Za'atar spiced cauliflower steak is topped with harissa cheese wiz. 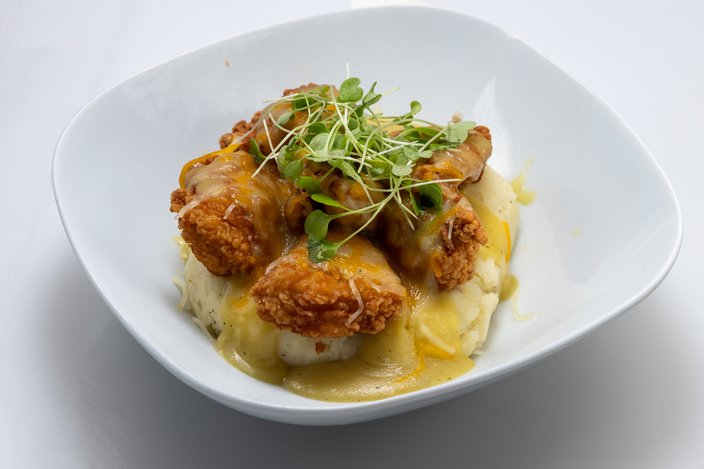 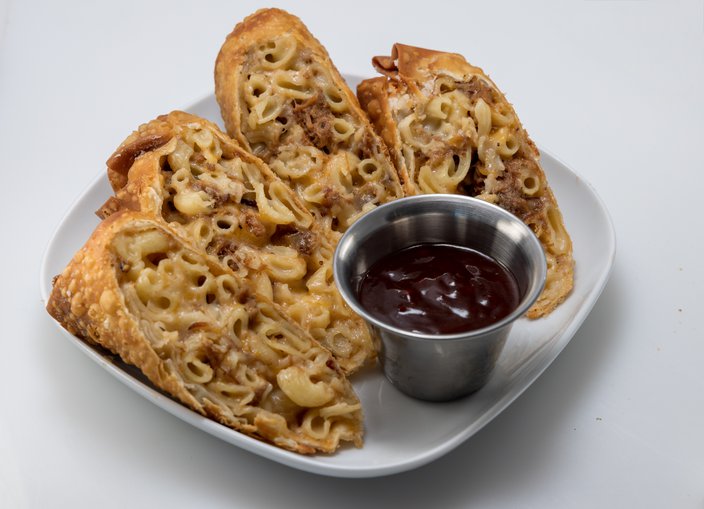 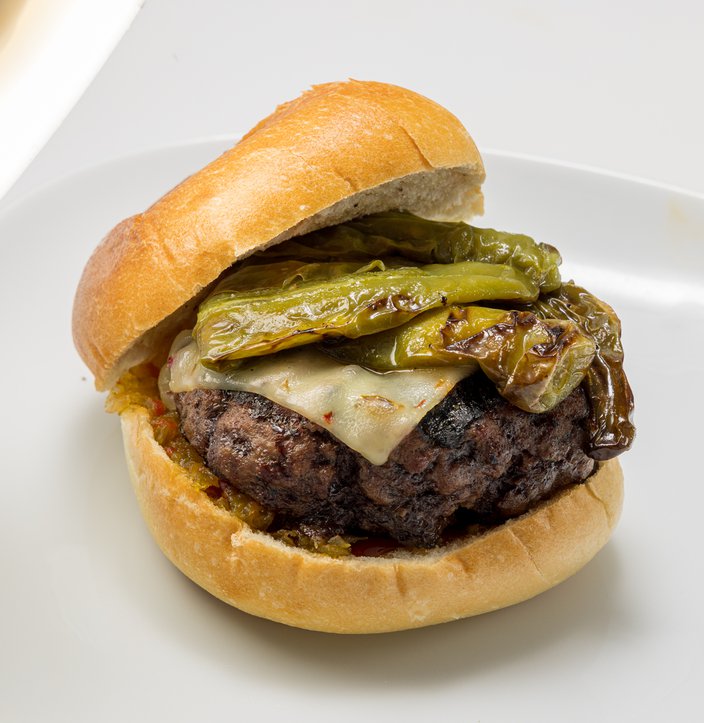 The Philly Fire Burger from Patti & Son's Grill can be found at Section 122.

This burger stand offers a handful of new options, including the Philly Fire Burger with fried long hots, pepper jack cheese and sweet pepper relish on a brioche bun.

The Smokehouse Burger comes with a 6-ounce all-beef patty, beer-battered onion rings, cheddar cheese and smokey BBQ sauce. The stand also has a 12-ounce All-American Double Down burger and The Champion, a 6-ounce patty served with lettuce, tomato, onion and pickle, with a signature sauce on a brioche bun. 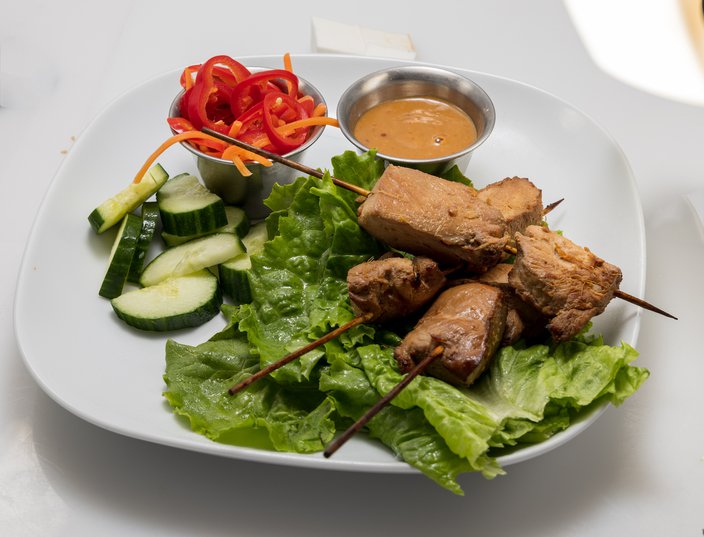 The Thai lettuce wraps from Melissa's Produce are available in Sections 107 and 209.

Fans looking for healthier options can try out Melissa's Produce. The new option there this year is the Thai Lettuce Wraps, which come with bib lettuce, Thai Satay chicken skewers, pickled vegetables and peanut sauce.

Fans who have seats in the Wells Fargo Center's revamped club level will have a trio of new dining choices.

Jose Garces is opening a Garces Eats fast-casual concept at the former Bistro stand on the Broad Street side of the club level. The restaurant has an open kitchen design and features food from well-known Garces establishments including Village Whiskey, the Olde Bar and Distrito, which closed its University City location in July.

Stephen Starr is opening Adrian, a new restaurant that will replace The Grille on the club level. The upscale American tavern, paying homage to "Rocky," will have seating for 300 people.

Marc Vetri is debuting MVP Pizza in the former Bistro stand on the 11th Street side of the arena.

The Vetri and Garces restaurants will be accessible to ticket holders in the club and suite level. Starr's restaurant will be open to all club level, suite level, Liberty Lofts and Revolutionary Row ticket holders. Season ticket members in other parts of the arena will be able to access the restaurants as an add-on to their memberships.

The club level overhaul is part of a $350 million, multi-year renovation project that also includes a revamped concourse and the 4K kinetic scoreboard, installed in 2019. The club level features four new bars, exclusive retail shops and a series of new premium seating options.