A tribute kick off party is taking place on Friday, July 15 with speakers, Federal Donuts and music 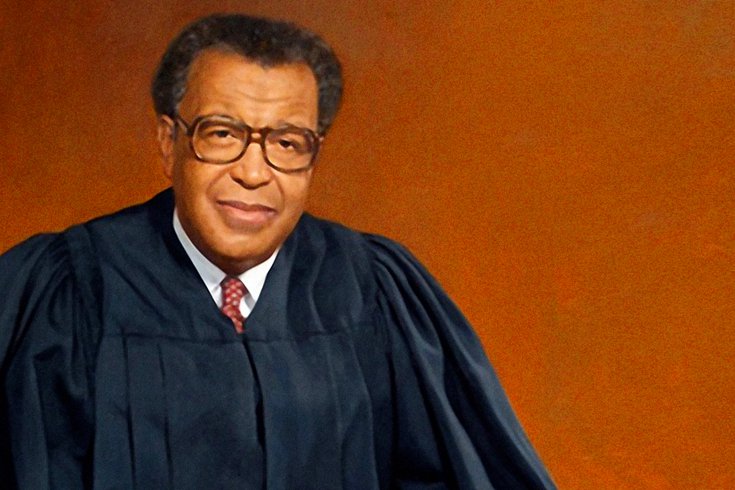 The design for a mural honoring Philadelphia civil rights pioneer Judge A. Leon Higginbotham Jr. will be unveiled at its future location in West Philadelphia during a tribute kickoff event on July 15. Local artist Shawn Theodore was selected to create the mural.

The design for a mural honoring Philadelphia civil rights pioneer Judge A. Leon Higginbotham Jr. will be unveiled at its future location in West Philadelphia next week.

A tribute kickoff party is taking place on Friday, July 15 from 10:30 to 11:30 a.m. at 4508 Chestnut Street. The event features music, as well as doughnuts and coffee provided by Federal Donuts. Speakers at the event include Penn Carey Law School Board of Advisors chairman Osagie Imasogie and former Governor Ed Rendell.

Artist Shawn Theodore was selected to create the mural in collaboration with Mural Arts Philadelphia, The Philadelphia Citizen, and the University of Pennsylvania Carey Law School. The art will act as a public tribute for the late judge's achievements, as well as his influence and dedication to the people of West Philadelphia.

After experiencing segregation in college, Higginbotham decided to pursue a career in law to put him in a better position to fight discrimination. He graduated from Yale Law School in 1952 and moved to Philadelphia.

Along with being a civil rights advocate, he was appointed by President John F. Kennedy as a commissioner on the Federal Trade Commission. He was the first African American District Judge for the Eastern District of Pennsylvania and served as Chief Judge of the United States Court of Appeals for the Third Circuit.

Theodore's mural design will be revealed via digital screen. Guests will then be invited to take a guided tour of the Social Justice Mural Corridor, a group of murals spanning five blocks in West Philadelphia.

The event is free and open to the public, with street parking available.