Mayor Pete Byron wants to increase the penalties for unauthorized events. It's a strategy that worked in Ocean City, Maryland 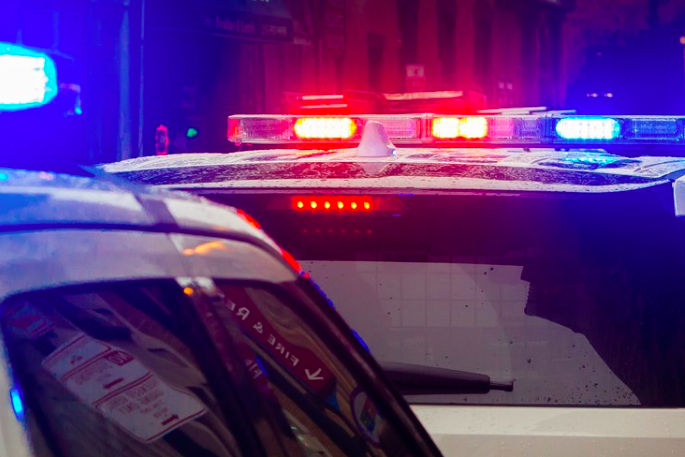 Zion Diaz, 18, of Hammonton, is facing riot charges in connection to the deadly H2oi pop-up car rally held in Wildwood on Sept. 24. Prosecutors allege he instructed people to block intersections, do car burnouts and prevent police vehicles from responding to emergency calls.

An 18-year-old man has been arrested on riot charges in connection with H2oi, the unsanctioned pop-up car rally in Wildwood that resulted in the deaths of two innocent bystanders in September.

Zion Diaz was arrested Wednesday without incident at his home on Bridge Street in Hammonton, Atlantic County, the Cape May County Prosecutor's Office said. During the race, Diaz allegedly instructed others to block intersections, do car burnouts and prevent police vehicles from responding to emergency calls.

The Sept. 24 race turned deadly after a 2003 Infinity struck a 2014 Honda Civic and two pedestrians near Burk and Atlantic avenues in Wildwood at 9:30 p.m. Lindsay Weakland, 18, of Carslile, Pennsylvania, and Timothy Ogden, 34, of Clayton, New Jersey, were killed in the crash.

The Infinity driver, Gerald J. White, 37, of Pittsburgh, was arrested shortly after the crash and charged with aggravated manslaughter and related offenses. Another driver, Eryk R. Wnek, 22, of Linden, Union County, is facing charges for allegedly crashing his BMW into a golf cart, seriously injuring one of its occupants, NJ.com reported.

Prosecutors also are asking the public to help identify a man who assaulted a police officer during the rally and the driver of a Black Honda Accord that crashed into a golf cart.

The man wanted for assault was seen in social media footage wearing a dark hooded sweatshirt, prosecutors said. The Honda has a distinct aftermarket tail light package and should have significant damage to the front passenger side quarter panel.

Posted by Cape May County Prosecutor's Office on Wednesday, October 12, 2022

People who recognize the suspect or vehicle are asked to contact prosecutors at (609) 465-1135 or the Wildwood Police Department at (609) 522-0222. Tips can be submitted anonymously online.

The city is taking advice from officials in Ocean City, Maryland. They disincentivized H2oi's organizers from holding the rally in their beach town after imposing exorbitant fines on traffic violations and towing charges. This year's event in Maryland saw a major decline in attendance.

"While the County Prosecutor's Office conducts its assessment of local and state agencies' coordination and response to the violent pop-up mob rally, the city is taking practical and fundamental steps to stop this event from ever occurring again," Byron said. "The city solicitor, police chief and administrator have been assigned the task of reviewing all current ordinances and statutorily permitted ordinances that will strengthen law enforcement's ability to adequately crack down on rowdy and dangerous driving."

Byron said he hopes Wildwood can triple its fines for unsanctioned events, but the city is unable to impose additional fines without approval from the state legislature. State Sen. Michael Testa — A Republican whose district includes Cape May County — has teamed up with other state lawmakers to demand action to curb pop-up events like H2oi.

"Communities up and down the coast have been targeted, and this disturbing trend continues, placing crucial shore economies at risk," Testa said. "Local businesses and families suffer from the actions of out of control rioters stirred up by a mob mentality."

Testa has co-sponsored a bill that would expand the state's definition of a riot to include public disorderly conduct that results in death, imminent danger, harm or significant property damage.

It also would enhance penalties for crimes committed during a riot and provide police departments with the authority to respond to riot incidents. The bill, introduced in February, has stalled in the Senate Judiciary Committee.