The actor's latest role is in the Hulu miniseries 'The Dropout,' a retelling of the fall of Theranos founder Elizabeth Holmes 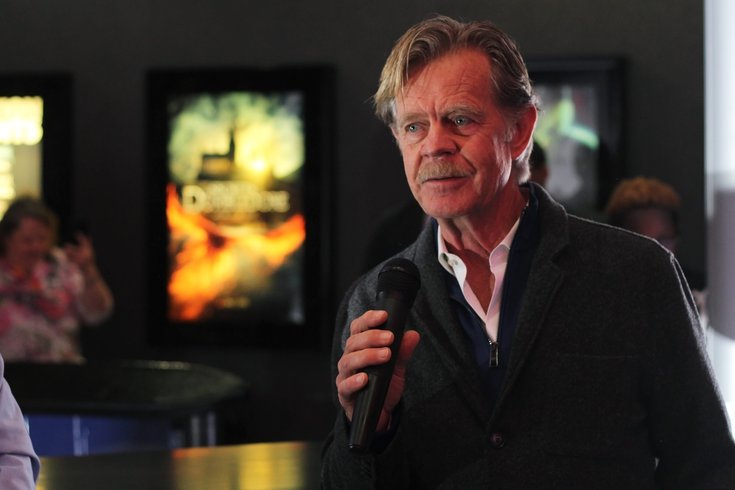 William H. Macy made an appearance at the 3 Sisters Park restaurant in Ephrata, Pennsylvania.

Emmy Award-winning actor William H. Macy paid a visit to Lancaster County this week and was spotted at 3 Sisters Park, a popular Thai and Cambodian restaurant in Ephrata.

The 72-year-old actor and star of the Showtime series "Shameless" visited the restaurant on Wednesday and took photos with some of the waitstaff. The restaurant thanked Macy for stopping by in a Facebook post.

Last night our staff had the pleasure of serving William H. Macy! We admire your work and are very appreciative of your kindness! Thank you for your patronage in the Ephrata area. Hope to see you again😊

Macy has a history of appearances in Lancaster County, where he and his wife Felicity Huffman have relatives. He was spotted at a CrossFit gym in Ephrata in 2018 and previously was seen shopping at the town's Walmart in 2014.

On TV, Macy had a high-profile role as Dr. David Morganstern in "ER." He also debuted as a director in 2014 with the independent musical drama film "Rudderless."

Macy's appearance in Ephrata this week is one of many celebrity sightings in Lancaster County in recent years.

Earlier this year, pop star Justin Bieber was spotted at Manheim's City Star Diner while preparing for an upcoming tour at Lititz Rock, an arena-like concert rehearsal facility that has also brought Beyonce, Taylor Swift, Katy Perry and Elton John to the area. Lady Gaga reportedly once had a house in Lancaster County with ex-partner Taylor Kinney, and Green Day frontman Billie Joe Armstrong celebrated his birthday with the rest of the band at Lancaster's Decades amusement venue in 2020.

Macy's most recent acting role is in the hit Hulu mini-series "The Dropout," which documents the fall of Elizabeth Holmes' disgraced biotechnology company Theranos.