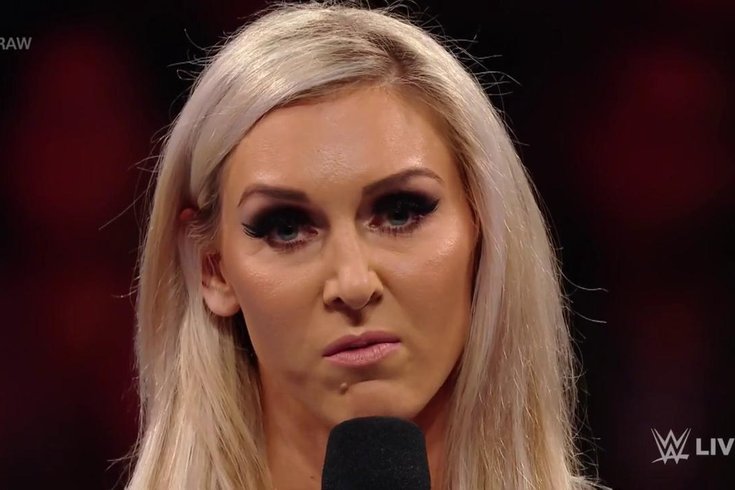 Raw came to us from the campus of the University of Texas at the Frank Erwin Center in Austin Monday night, and WWE was looking to add some momentum from last Monday’s great television to Sunday night’s great TLC pay-per-view into another strong week of television this week.

If Monday night was any indication of how 2016 will end, WWE’s done a great job in making Raw a better show and SmackDown the must-watch show every week.

Seth Rollins kicked off the program by harkening back to something that happened 14 weeks ago. Rollins suddenly wants the WWE COO, Triple H, who nailed him with The Pedigree back in August to allow Kevin Owens to capture the WWE Universal Championship after Finn Bálor had to relinquish the title due to injury.

Interestingly enough, Owens interrupted him and the two went back and forth, which was a little weird. Jericho will face Rollins at the next pay-per-view on December 18, and Owens will face Roman Reigns for the WWE Universal Championship. So these two engaging in a war of words just seemed out of place, especially to kick off Raw.

Owens brought out Big Show to demolish Rollins in a match, but it proved to work against him as he barked orders a little too long for Show’s liking, so he chokeslammed him from the ring apron into the ring and then left the ring to allow Rollins a win by countout.

Rollins then served a Pedigree to Owens, leaving him laying.

Speaking of Owens, later in the night, he would face Sami Zayn in a renewal of their fierce rivalry throughout the years. Michael Cole tried explaining the match as Zayn wanting another chance at Braun Strowman [who keeps destroying Zayn], and was begging Foley for a chance at him, but Owens interrupted the conversation and this was his punishment. So, at least they tried to explain it a bit? Maybe? Eh? Owens defeated Zayn with the Pop-Up Powerbomb.

Jericho goes for gold against Reigns

As part of Owens’ three gifts for Jericho, he got him a shot at Roman Reigns’ United States Championship Monday night. The other two gifts were the aforementioned Show-Rollins match to soften him up before a match between Jericho and Rollins at Roadblock: End of the Line on December 18.

Jericho has never held the United States Championship in WWE or WCW, so there was history on the line during this match. And he came so, so close to achieving it.

After telling Owens he didn’t want or need his help, Jericho came within inches of becoming the new United States Champion after Owens did come to ringside and deliver a superkick to Reigns, resulting in Jericho hitting The Codebreaker. Alas, Reigns kicked out at two as Owens walked onto the ring apron thinking Jericho had the title won. Jericho spotted him and yelled at him, slapped him on the chest and told him to get out. This gave Reigns enough time to regroup and hit Jericho with the spear for the win.

So, so close for Jericho. I guess they’re going ahead with an Owens/Jericho split, but I still think it’s way too soon.

In a backstage interview, the new Raw Women’s Champion, Sasha Banks, made an interesting challenge to the former champion, Charlotte Flair. Just one week after beating her for the Raw Women’s Championship for a third time, Banks was the one doing the challenging. She challenged Flair to a rematch for the Raw Women’s Championship, but this time it would be in an Iron Man Match. I still don’t know why they don’t officially call it an “Iron Woman” Match, but whatever. It doesn’t make sense and some things WWE does never makes sense. Anyway, Flair accepted the challenge, and the two will fight in a 30-minute Iron Man Match at Roadblock: End of the Line.

In the night’s main event, the women took center stage once again. Flair was set to apologize to her father, Ric, for completely shredding him verbally and dropping him as her manager in May. She did a good job of explaining why she did what she did and why she’s now regretful for it … but it was all just a rouse. Once Ric came out, Charlotte hugged him and then slapped him with a slap I felt watching at home and then ran him down once again. Banks came out, but Charlotte destroyed her and left the ring as the show came to a close.

Rusev and Lana set a trap for Enzo and Cass

I’m not sure why Enzo Amore and Big Cass were dumb enough to believe there were problems between Rusev and Lana, but they were. After a random backstage fight between Rusev and Lana, Amore tried to show he was a good man and step in for Lana. She eventually invited him to her hotel room, and Rusev challenged Big Cass later in the night to a match.

How did they not see this coming? Because everyone else did. The writing here needs to be better and have more layers. Amore got to the hotel room and immediately wanted to leave, but he didn’t. Rusev appeared and destroyed him while Big Cass was stuck at the arena. It was a good, old school type of angle, but it could’ve been done so much better.

Your No. 1 contenders for the Raw Tag Team Titles are…

Cesaro and Sheamus took on Luke Gallows and Karl Anderson to decide who would take on The New Day next Monday night for the Raw Tag Team Championships. The choice of teams is a bit weird because they both lost to The New Day recently. Maybe it’s time to give another team a shot?

Ah, who am I kidding? It’s going to be a Triple Threat Match next Monday as The New Day interfered during this match and gave both Cesaro/Sheamus and Gallows/Anderson a ticket to a championship match.

• Seth Rollins d. Big Show by countout after Show chokeslammed Kevin Owens, who was on the apron, and left the ring.

• Cruiserweight Match: Jack Gallagher d. Ariya Daivari by pinfall via a running dropkick to the head.

• Bayley d. Alicia Fox by pinfall via the Bayley-to-Belly suplex.

• The Tussle in Texas: Mark Henry d. Titus O’Neil by pinfall via the World’s Strongest Slam.

• WWE United States Championship: Roman Reigns © d. Chris Jericho by pinfall via a spear after Owens tried getting involved and Jericho sent him to the back.

• Rusev vs. Big Cass was a No Contest because Rusev never showed up to the ring, and instead destroyed Enzo Amore at a hotel room.

• No. 1 Contender’s Match for the Raw Tag Team Championship: Cesaro/Sheamus vs. Karl Anderson/Luke Gallows ended in a No Contest after both teams fought with The New Day, who were at ringside.