Terrill Haigler, a former sanitation worker, is donating $5 from every copy he sells to Philadelphia schools 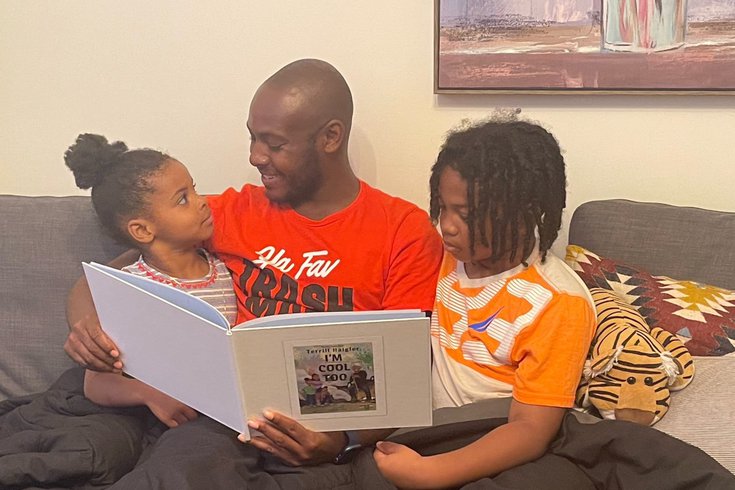 Terrill Haigler, better known throughout Philadelphia as 'Ya Fav Trashman' is set to publish a children's book on June 30. 'I'm Cool Too' is meant to advocate for sanitation workers and teach lessons about the importance of clean communities.

"I'm Cool Too" is an effort by Haigler to help educate kids about the importance of sanitation and living in a clean community. Illustrated by Deborah Tyson, the book is the product of a months-long Kickstarter campaign and will be available on June 30.

Haigler's Instagram posts detailing cleanups and garbage collection have earned him national recognition as a community activist. Before leaving his job with the Sanitation Department during the height of the Covid-19 pandemic in February 2021, he realized how important his job was in keeping the city's streets clean.

"I have a theory that the way to have a cleaner, safer city is that every zip code needs to have a clean block," said Haigler. "Studies show that littering is a learned behavior. I've had conversations with my own children about littering, and their responses were really negative."

Haigler said his book is meant to promote positive interactions with waste and recycling, as well as advocate for sanitation workers who keep communities clean.

The book is based on a real conversation Haigler had with his children — Aria, Aiden and Aubree — about his job and why he does it. He told Billy Penn earlier this year that his kids asked him why he was a sanitation worker instead of something less "corny," like a police officer or a pilot.

"In the book, the kids go to sleep and they have this dream," Haigler said. "They end up becoming my new hires on the job, and I take them through the process of being a sanitation worker. I show them the importance of the job, the people, the community, and of not littering."

In addition to crowdfunding the money to fund the project, Haigler plans to donate $5 from every book sold to the School District of Philadelphia. His goal is to sell 200,000 copies and donate $1 million, ideally dropping checks off to principals to use as they see fit.

Haigler became a sanitation worker in 2019, just months before the COVID-19 pandemic hit the city and caused widespread trash delays due to staff shortages and quarantine requirements.

During summer 2020, while residents throughout the city began complaining that their trash was not being collected for weeks, Haigler made the decision to start "Ya Fav Trashman." This enabled him to answer questions and chat with residents while sharing an inside look at the life of a sanitation worker.

He gained some additional notoriety when he started an online fundraiser with t-shirts to help provide PPE for sanitation workers, aiding them in their efforts to effectively resume service despite ongoing delays.

The account caught on fast and currently has more than 31,000 followers. Haigler has since expanded his reach, speaking at the White House on July 4, 2021, being featured on "TODAY" during its Earth Day segment earlier this year, and organizing a 5K Earth Day Trash Walk.

"I'm Cool Too" is available to pre-order now and costs $20 plus shipping. You can catch up with "Ya Fav Trashman" on Instagram.