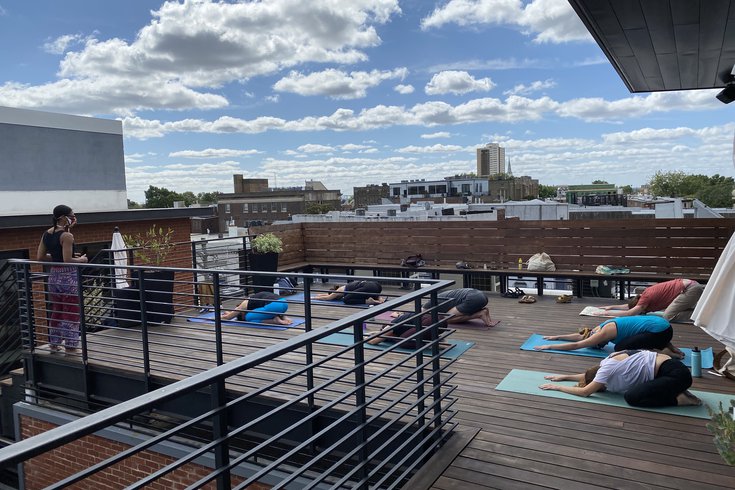 Emmy Squared in Philadelphia is offering outdoor yoga classes on its roof this spring. There will be a class on Saturday, April 17 and Saturday, May 1.

Emmy Squared in Queen Village is bringing back rooftop yoga that ends with a cocktail, pizza and salad.

Once again, local yogi Joanna Da Sylva and Emmy Squared's co-founder Emily Hyland, who is also a yoga instructor, will team up to lead the workouts.

So far, two upcoming classes have been announced. There will be a class on Saturday, April 17 and Saturday, May 1.

Each class is $35 per person and includes yoga, a post-class cocktail, a half salad and a half pizza from Emmy Squared.

Those interested in attending can RSVP by emailing emily@pizzalovesemily.com. Class spots are limited and will be first come, first served. Participants should bring water and a yoga mat.