The 2021 Golden Globes air next week: Here's how to watch 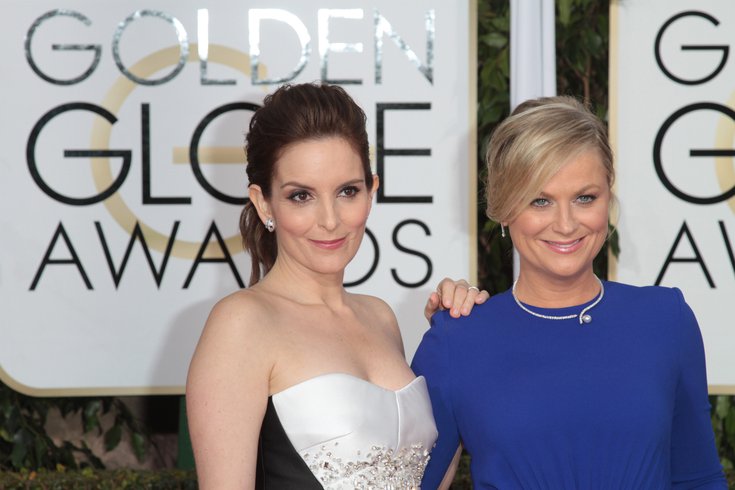 The 78th annual Golden Globes will be hosted by Tina Fey and Amy Poehler on Feb. 28.

Amy Poehler and Upper Darby-native Tina Fey host the 78th annual Golden Globes together for the fourth time — but they'll be presenting from different sides of the country.

The awards show will be bicoastal for the first time, with Fey broadcasting from Rockefeller Center in New York City and Poehler from the traditional Golden Globes location inside the Beverly Hilton Hotel.

The event will look much different this year without the live audience tables of A-list celebrities, per COVID-19 regulations. However, Live presenters, including Awkwafina, Cynthia Erivo, Annie Mumolo, Joaquin Phoenix, Kristen Wiig and Renée Zellweger, will be in the room with either Fey or Poehler on the day of the show.

Philly native Leslie Odom Jr. was nominated for a Golden Globe Award for his portrayal of Sam Cooke in "One Night in Miami."

A full list of the nominees was released earlier this month. Netflix earned the most nominations of any outlet, with 42. Netflix's "Mank" and "The Crown" both earned six nominations.

Jane Fonda earned the Cecil B. DeMille Award, which is the equivalent of a lifetime achievement award. Last year, Tom Hanks won the award.

The Golden Globes will air live on NBC at 8 p.m. ET and will be available to stream the next day on Peacock.

The Golden Globes preshow will be streamed on Twitter and the Golden Globes website Sunday, Feb. 28 from 3:30 to 5 p.m. before the awards telecast on NBC, Variety reported.

“This year more than ever, fans have been at home consuming the best in film and television and coming to Twitter to talk about it,” said Sarah Rosen, Twitter’s head of U.S. entertainment partnerships. “Partnering with the Golden Globes to bring the official preshow to Twitter will give fans the opportunity to celebrate the best of entertainment, live and in real time, where the conversation happens.”

A panel of commentators, including Nick Viall, host of the podcast "The Viall Files," A.J. Gibson, Emile Ennis Jr., and comedian Fortune Feimster, will make predictions about the night's winners.

Users will be able to vote in pre-show polls and live tweet the show for the panelists to review.