Want to see the '50 Shades of Maple Glen' home with your own eyes? 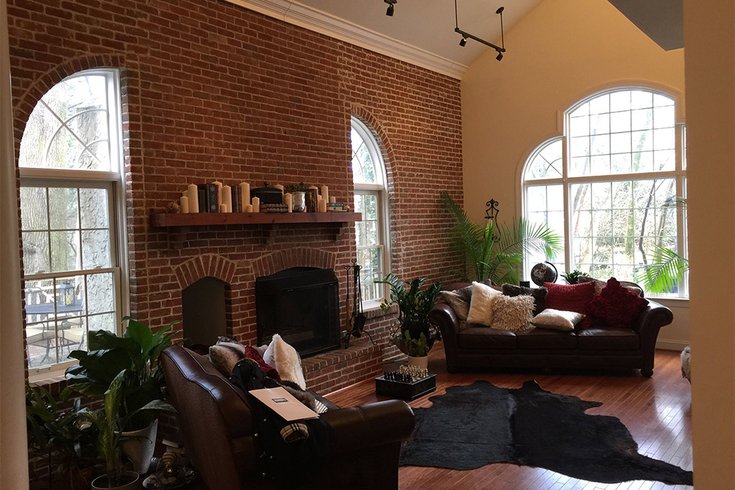 The family room of the 5,029-square-foot home on a private lane in Maple Glen features a brick fireplace and a wall of windows.

Got some spare time this upcoming Sunday afternoon? Well, we just heard about an event that could be of interest to prospective high-end homebuyers and curiosity seekers alike.

Travel back with us 40 days to the Friday when the region and world first heard about the “50 Shades of Maple Glen” listing that caught a buzz fueled by both an effective marketing plan and humans’ inherent interest in stories about sex.

The full real-estate listing – complete with photos of a basement that had been repurposed into a “private sexual oasis” (or sex dungeon) that continues to draw quite a bit of Airbnb interest – would only last a matter of hours before the racier words and photos disappeared.

(Luckily, PhillyVoice took a tour before that happened to preserve the Upper Dublin Township property’s aura for posterity’s sake.)

Despite that early onslaught of attention, nobody’s made an offer on the residence located at the end of a tiny, quaint roadway off Norristown Road. 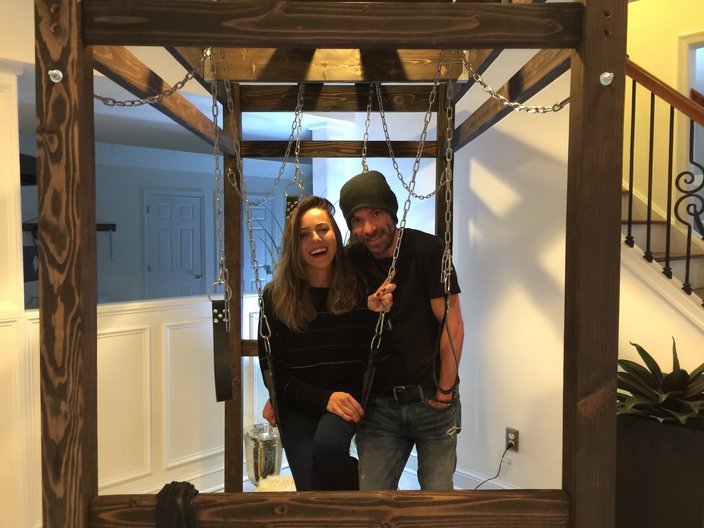 A weekend removed from their Montgomery County real estate listing going viral, Vince Marie and Priscilla Costa pose at the sex swing in the basement that doubles as a naughty Airbnb draw.

Well, this weekend, folks can see it with their own eyes if they so desire. Both homeowner Vince Marie and Realtor Melissa Leonard confirmed that an open house is scheduled from 1 to 3 p.m. Sunday.

“Just show up,” said Leonard, noting that oglers needn’t let her office know they’re coming to see the property listed at $750,000. “This is the first and only open house.”

The property is located about three-quarters of a mile off Route 309 in the township’s Maple Glen section.