Allegedly told defendant not to show up in court 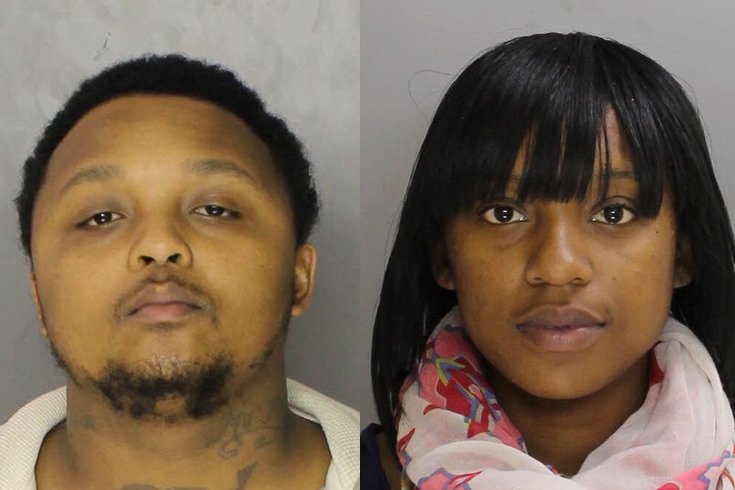 A man accused of dealing drugs in Chester County is charged with intimidating a witness along with his significant other, prosecutors announced Wednesday.

According to the Chester County District Attorney's Office, Kenneth “War” Wylie, 25, has pending criminal charges against him concerning the sale of drugs in Coatesville.

He was in a courtroom on Oct. 20 at the Chester County Justice Center and was scheduled for a preliminary hearing the next day.

His girlfriend Chanel Turner, who at the time worked at the Juvenile Probation Department, left her office and made her way to the courtroom despite having no official reason to do so, officials say.

Authorities say the victim asked her to clarify and she said the same thing. After the victim informed Turner he wasn't scheduled to appear in court, she allegedly said, "War had some sales or something and your name came up,” referring to drug sales cases against Wylie in which the victim's name had come up as a defendant.

Later on, the victim was walking in the building when Wylie, who authorities say had no business in the Justice Center, tracked him down and told him, “Long time no see," following him into an office and staring at him, according to prosecutors.

The DA's Office says Wylie and Turner - who has since been fired from her position at the Probation Office -had previously sent the victim electronic messages to intimidate him into not testifying.

Turner was arrested and admitted to taking instructions from Wylie to tell the witness not to show up in court, authorities say.

Prosecutors have made note of a rap music video posted to YouTube in May 2015 in which Wylie appears to be seen acting out the murder of a witness in a criminal case.

Both Wylie and Turner have been charged with felony witness intimidation and conspiracy. Anyone with further information on the case is asked to call Chester County Detective Joseph Nangle at 610-344-6866.