The 'Good Day Philadelphia' host gave the internet a layup question, but the actor's beloved voice can never be replicated 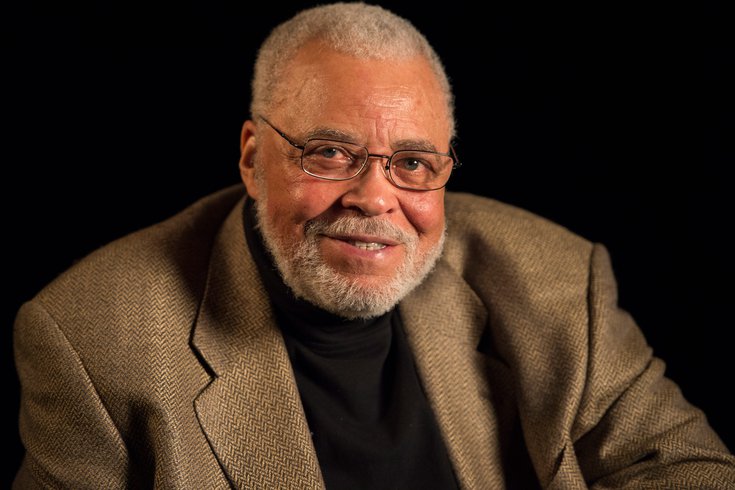 Actor James Earl Jones became a recognizable face in pop culture on the strength of his roles in films like 'Field of Dreams' and 'The Sandlot.' 'Good Day Philadelphia' anchor Alex Holley sought the internet's opinion on whether her grandpa looks like him.

Could Alex Holley be the granddaughter of Darth Vader? Or does the longtime FOX 29 anchor's grandpa just look a lot like beloved actor James Earl Jones?

The award-winning "Good Day Philadelphia" co-host, who sometimes falls out of her chair on live TV (and finds other creative ways to hit the studio floor), took to social media Tuesday to get a definitive opinion on the resemblance between her grandpa and the esteemed actor, who just retired from voicing the "Star Wars" villain.

"I need to know what y'all think," Holley said. "Let's just settle this."

Objectively, the man does look a lot like James Earl Jones. Apart from one, "Um no" reply to Holley's tweet, the response was pretty unanimous that the two men have similar features, even if they're not doppelgängers.

After 45 years, the legendary James Earl Jones will be retiring from voicing Darth Vader, no doubt one of his most iconic roles of all time.

Thank you, James, for your many years of lending your voice to one of the most recognizable and beloved characters in cinematic history. pic.twitter.com/pIHpTVfrn6

James Earl Jones has signed over rights to the voice of Darth Vader to be replaced by AI.

That's right, the most iconic voice in cinema is now an AI. 🤯 pic.twitter.com/R6iXmVKJzp

The real question is whether Holley's grandpa sounds and acts like James Earl Jones, who prominently starred in "Field of Dreams," "The Hunt for Red October" and "The Sandlot," in addition to his illustrious stage acting career.

We do have some footage that includes Holley's grandfather's voice.

In February 2021, during a debilitating winter storm that wiped out power in large parts of Texas, Holley's grandfather lost heat at his home and the temperature fell into single digits. Holley, who is from Irving, Texas, arranged to get her grandpa a hotel room — but her parents told her grandfather that he would be staying at the ritzy Waldorf Astoria.

A hand-written sign for the upscale hotel was taped to the door of a pretty average-looking hotel room, and Holley's grandpa remarked in a video, "At least it's warm."

James Earl Jones has much more bass in his voice, which is one of his distinguishing traits as an actor — along with his very deliberate enunciation. The actor who may come closest to Jones is Giancarlo Esposito, who plays drug kingpin Gustavo Fring in "Breaking Bad" and "Better Call Saul."

The verdict here is that Holley's grandfather looks like Jones, and might fool someone in public if he kept quiet, but if you were to have a conversation with him, you'd know he's not Jones. Nothing wrong with that.

The good news for Holley's grandpa is that his ordeal in Texas earned him a trip to Italy's Rome Cavalieri hotel, which is part of the Waldorf Astoria collection of hotels. Maybe this time around, he'll get to meet James Earl Jones.