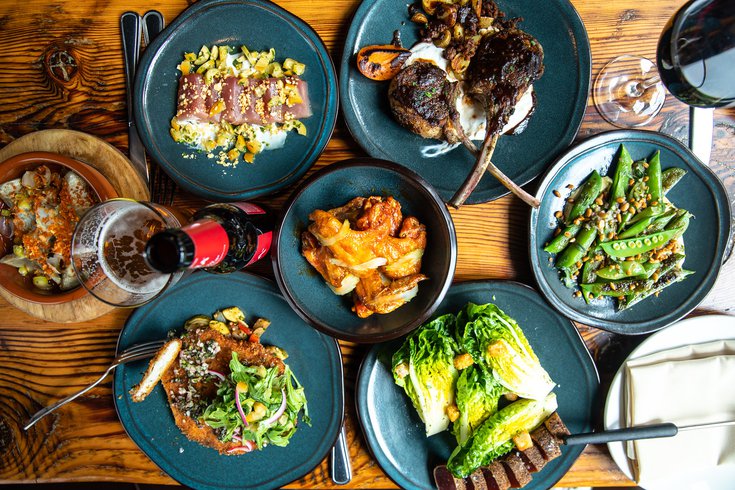 Chef Jose Garces is headed to the Main Line early next year with another location for Amada, the modern Spanish tapas restaurant that became his first solo venture in Philadelphia in 2005.

The James Beard Award-winning chef is set to take over the former Harvest Seasonal Grill & Wine Bar at 555 E. Lancaster Ave. in Radnor, where he will partner with Brandywine Realty Trust on the new restaurant. The original restaurant is at 217-219 Chestnut St. in Old City, and another is at Ocean Casino Resort in Atlantic City.

"Amada is near and dear to my heart," Garces said. "It will be a great addition to the exciting and rapidly growing Main Line dining scene. We have so many Garces fans from over the years come join us in Old City, and now we are bringing the concept right to them in their own backyards."

Amada is known for its rustic environment and Spanish cuisine from the Andalusian region, from traditional empanadas to Tortilla Española and house specialties like the Paella Valenciana, a chicken and chorizo paella with cockles, shrimp and saffron aioli.

The new restaurant in Radnor will have an open kitchen concept and an on-site wood-fired oven.

"I’m looking forward to developing some dishes that take advantage of the unique properties of the wood fired ovens," Garces said. "This is an expression of the evolution of the Amada concept. We will be keeping many classic Amada dishes, but also creating new experiences for our guests. We can’t wait to show you what we’re cooking up."

The bar program will exclusively feature more than 100 wines from different regions of Spain, along with a cocktail menu inspired by Spanish ingredients.

The layout will include 7,000 square feet of space with seating for more than 200 guests. There also will be two outdoor patios and a private space that seats 45 diners.

In the years since the Garces Group declared bankruptcy in 2018 — it was later acquired for $8 million by Ballard Brands and local investor David Maser — the chef has taken a new approach to his footprint in Philadelphia and beyond.

Garces has had several new openings over the last year, including Hook & Master in Olde Kensington and the reinvented Garces Trading Company inside the Cira Centre in University City. He also plans to open a Garces Eats restaurant at the Wells Fargo Center and is in the midst of an expansion of his Buena Onda taqueria alongside Ballard Brands. Two more Buena Onda restaurants are on the way in the Philadelphia area, including one set to open at the Comcast Center and another planned for Radnor.

Some of Garces' other popular concepts have closed, including Tinto in Rittenhouse, which will become Buena Onda, and Distrito in University City.

Amada Radnor will be open seven days a week, with the full schedule to be announced closer to the opening date in early 2023.