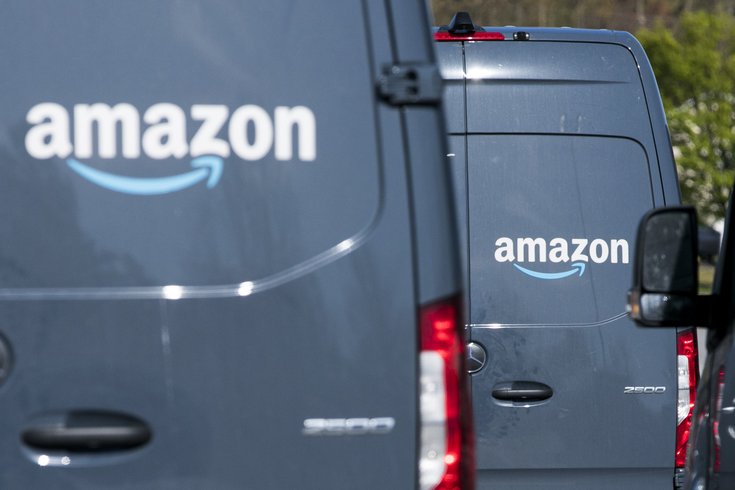 Amazon workers at the company's delivery station in Bellmawr, New Jersey walked off the job Wednesday morning to protest transfers resulting from the facility's upcoming closure. Additionally, U.S. Rep. Donald Norcross plans to call for an OSHA investigation into an increase in injuries at the company's facilities in New Jersey.

Amazon will face the heat from two demonstrations in South Jersey on Wednesday.

Workers at an Amazon delivery station in Camden County walked off the job Wednesday morning in protest of transfers that will result from its impending closure. At 10:30 a.m., U.S. Rep. Donald Norcross is expected to call for OSHA to investigate an increase in injuries at Amazon facilities in New Jersey.

The Amazon delivery station in Bellmawr, known as DEW8, is expected to close at the end of the month. Workers were told they would be transferred to a nearby facility, Kenneth Burns from WHYY tweeted. But some employees say they are being sent to work shifts at other Amazon facilities located further away.

Nine workers from the Bellmawr delivery station walked out, joining about two dozen workers who came from as far as Elizabeth, Union County. The workers want the option to transfer to a closer facility and maintain their current schedules. If they work at the locations farther away, they want preferential work days and an additional dollar per hour to account for the cost of a longer commute, Burns reported.

Amazon is transferring these employees to five different facilities, company spokesperson Maria Boschetti said.
“We regularly look at how we can improve the experience for our employees, partners, drivers and customers, and that includes upgrading our facilities," she said. "These facilities (where workers are being transferred) provide upgraded amenities, including increased on-site parking, larger operational spaces, and better break rooms with open market vending.”
DEW8 opened in October 2019. It's one of 20 Amazon delivery stations in New Jersey, NJ.com reports.

The Bellmawr location isn't the only Amazon facility in South Jersey that will become a public spectacle today.

Norcross, a Democrat who represents the state's first congressional district, will hold a press conference in front of the Amazon fulfillment center in Logan Township, Salem County, to urge OSHA to investigate working conditions at Amazon's warehouses in New Jersey.

Late last month, Bloomberg reported that Amazon plans to sublease 10 million square feet of warehouse space nationwide, including some facilities in New Jersey. Amazon said this move will not include any layoffs.

The company reportedly is shrinking its footprint because executives believe it expanded too much during the pandemic, when demand for online shopping was particularly high.

Amazon had 58,000 employees in the state last year, NJ.com reported, which made it the state's largest private employer and its second-largest employer overall.

This article was updated after it was originally published.